Fulham perfectly capable of drawing the sting from Bees 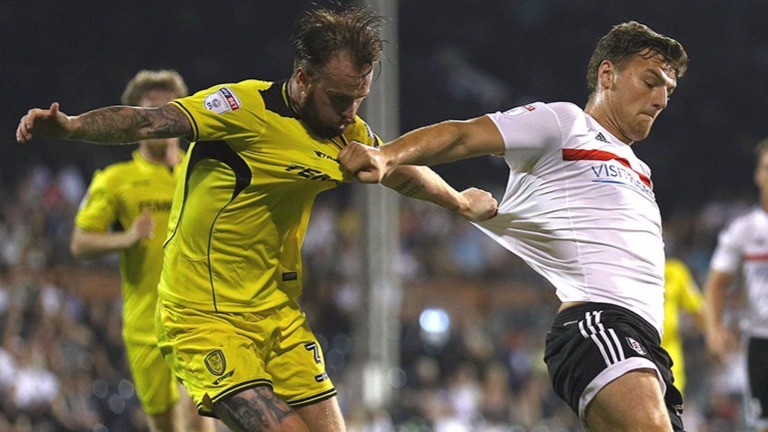 Fulham striker Chris Martin (right) is a goal threat for the Cottagers
Getty Images
1 of 1
By Mark Langdon 5:36PM, NOV 3 2016

Brentford came out on top in last Friday’s west London derby against QPR but the Bees may struggle to sting another local Sky Bet Championship rival when Fulham head to Craven Cottage tonight.

Dean Smith’s side were well worth their 2-0 success at Loftus Road – even Rangers boss Jimmy Floyd Hasselbaink admitted his side were second best.

However, the draw is the bet that stands out tonight with Brentford having struggled for consistency in their results this season.

Only once, in August, have the Bees managed the same result in successive matches and that came in back-to-back wins over Ipswich and Nottingham Forest.

Smith’s team looked to have found the right flow to their attacking play at home with five goals against Preston followed by four against Reading, but since then Brentford have failed to notch against Wigan (0-0 draw) and Barnsley (1-0 defeat).

A repeat performance of last week’s excellent display will put Brentford in great shape, although it is worth remembering that was their only three-point haul in five October matches.

However, Barnsley are the only side to have won at Griffin Park this season and Fulham may struggle to follow up their outstand­ing 5-0 demolition of Huddersfield last time out.

There was a certain amount of luck involved in the final score but Fulham took full advantage with Chris Martin’s early goal laying the perfect foundations.

Fulham are decent on their travels anyway – a 1-0 defeat at Aston Villa is the only blemish on a record which includes three draws – as Slavisa Jokanovic looks to build from the back.

That approach is often easier to adopt away from Craven Cottage when the onus is not on Fulham to fly forward and the return of Tomas Kalas is hugely important for Jokanovic.

Kalas, a much-travelled Chelsea loanee who can count Vitesse, Cologne and Middlesbrough among his former clubs, returned against Huddersfield following seven matches on the sidelines.

Jokanovic has a big squad and it will be interesting to see whether he sticks by the starting 11 who did so well against Huddersfield or brings back Scott Parker, Denis Odoi and impressive teenager Ryan Sessegnon.

Whatever the call, Fulham are a solid Championship side with decent depth to their squad and there is enough in the side to frustrate favourite backers from collecting on Brentford.

Bet on today's football at Soccerbase.com

Brentford Lewis Macleod has been ruled out for the rest of the season and joins Alan Judge, Callum Elder and Rico Henry on the treatment table. Alan McCormack is suspended.