Fu provides King with a much tougher test

Break-building has been a big issue in two victories 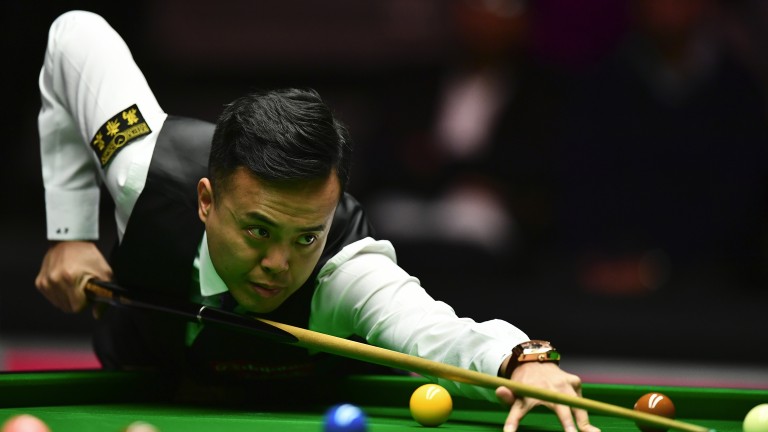 Mark King has enjoyed a decent run the quarter-finals of the Ladbrokes World Grand Prix this week but he may be knocked off his perch by Marco Fu in Preston.

King got the better of Stephen Maguire and Ali Carter to reach the last eight, which were impressive performances on paper, but his highest break in those two contests was just 63 and the Romford potter has made just two knocks of more than 50 in the event.

Maguire should have beaten King but an unlucky cannon put paid to Glasgow cueman’s chances in the deciding frame of that first-round contest. Given that Carter was in the final of the German Masters on Sunday night before enduring a long battle against Zhou Yuelong in his opening match, perhaps fatigue played a part in his performance.

That's not to take anything away from King, who is clearly playing some decent stuff, but quotes of 8-15 about Fu do not appear to reflect the gap between the players.

Fu has been in great nick and that impressive form has shown no signs of disappearing in a couple of 4-2 wins over Jamie Jones and Anthony McGill.

The Hong Kong man made two centuries and six breaks of more than 50 in those two contests and that demonstrates the gulf in scoring power between the two players.

Fu tweeted yesterday that he had split the tip on his cue, which isn't ideal preparation, but he will have had a day to play the new one in and hopefully it shouldn't effect his performance to any great extent.

Shaun Murphy is rated a 4-7 shot to see off Ryan Day, who is a 6-4 chance, in today's other quarter-final clash.