Fu can play his part in epic battle

Trump is in for a tough match 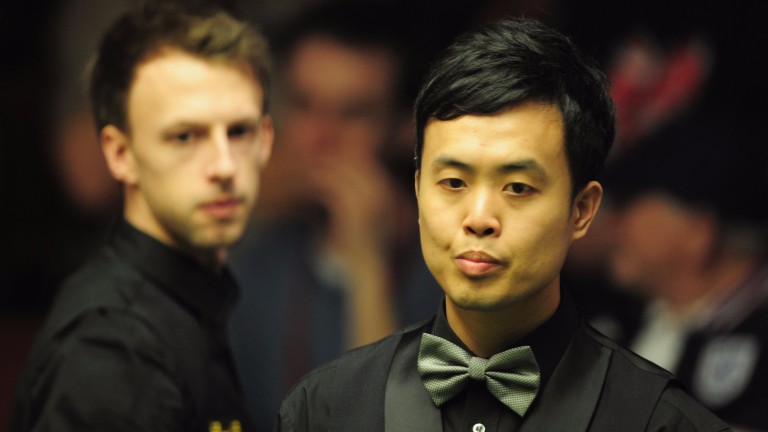 Hong Kong man Marco Fu was the most recent ranking-event winner competing in this year’s Dafabet Masters yet he is one of the outsiders for the £200,000 first prize and is as big as 28-1 in the outright book.

Fu tackles world number four Judd Trump in a repeat of their first-round clash two years ago and this match is expected to go the distance.

Fu notched a 78 break in the decider of that high-quality affair and carrying the confidence gained from his Coral Scottish Open success last month he can outrun his odds.

The 27-year-old Trump remains one of the game’s elite but his recent record at the Masters has been erratic. Before his run to the 2016 semi-finals, he had won just one match in three years.

His form this season is marginally better than Fu’s and he leads 8-2 in the head-to-head record but encounter should be more competitive than the market suggests.

Neil Robertson has beaten Ali Carter in each of their last five meetings and is fancied to do so again in style. Carter won the World Open this season but his form since has been poor and more is required to trouble the 2012 Masters champion.

These two boast contrasting records in the Masters. In nine appearances Carter has won only two matches whereas Robertson has been a finalist three times in the last five years.

The Thunder from Down Under is set for a another decent showing and can assert his quality with a bit to spare.