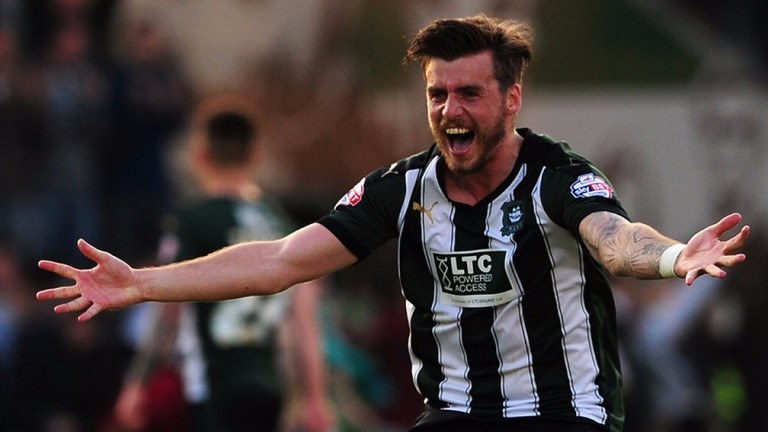 Almost 400 miles separate Plymouth in the south-west and Carlisle in the north but both Sky Bet League Two clubs appear to be heading in the same direction this season.

The pair are well on course for automatic promotion to League One and third-placed Doncaster are also in a strong position, seven points clear of the playoff places.

Ante-post favourites Portsmouth haven’t been written off by bookmakers, despite another frustrating campaign at Fratton Park.

Visiting teams seem to be inspired by the famous old stadium rather than cowed by it and Pompey’s last five home results include defeats to Darren Ferguson’s Donny, Notts County and Stevenage and a goalless draw with struggling Hartlepool.

Luton are an intriguing package, having won five of their seven games against other sides in the top eight, but the three leading contenders have all shown impressive consistency and resolve.

Carlisle, Racing Post Sport’s headline ante-post tips, have lost only one of their 21 league games this season – perversely, against bottom club Newport.

Doncaster are favourites but there is little between the front three in the betting and Sky Bet’s Carlisle-Plymouth dual forecast is worth a bet.

Donny were relegated from League One last season and their defence are struggling to keep clean sheets in the fourth division too.
Imperious at home, with eight wins and three draws, they have conceded 20 goals in ten away matches, losing 3-1 at Luton, 4-2 at eighth-placed Blackpool and 2-0 at Plymouth earlier this month.

They were also held to 2-2 draws at home to Carlisle and Wycombe, who are fifth, and that patchy record against the stronger sides in the division suggests they are unlikely to win the title race at a canter.

Plymouth remoulded their squad after a defeat to AFC Wimbledon in last season’s playoff final and they lost their first two games of the season to Luton (3-0) and Carlisle (1-0).

Derek Adams’s men then went on a fantastic run of 12 wins in 14 league matches, dropping points only in draws with Hartlepool and Portsmouth.

That sequence was followed by a hat-trick of defeats to Grimsby, Barnet and a Morecambe side who had lost their previous seven home games. However, a 2-0 home win over title rivals Doncaster and a 1-0 victory at Accrington ensured the Pilgrims would be top at Christmas.

There is little market confidence in Plymouth on a match-by-match basis and last Saturday they went off as 19-10 outsiders against Accrington, who had suffered five defeats in six matches.

But it was a similar story for last season’s Christmas leaders Northampton, who were still 5-1 this time last year.

The Cobblers went on to amass 99 points, winning the title by 13 from Oxford, who had been 15-8 favourites at the start of the festive season.

Plymouth don’t often dominate games – their three goals against Doncaster and Accrington came from just four shots on target – but 14 wins in 21 games is a great effort given the turnover of players in the summer and the potential for a playoff hangover.

Adams assured fans after the shock defeat at Morecambe that the Pilgrims are “ahead of schedule” and their winning habit is unlikely to end in 2017.

Keith Curle’s Carlisle, like Doncaster, concede plenty of goals but also have the squad depth to keep pace at the top of the table.

Both teams have scored in 16 of the Cumbrians’ 21 games yet their fitness and attacking quality has limited the damage to that one defeat at Newport.

Carlisle have shown terrific spirit on and off the pitch in the past couple of seasons and their goal difference in the final 15 minutes of matches is a healthy +7.

Striker Charlie Wyke has already reached double figures for the season but they carry a goal threat throughout the side. Jason Kennedy has scored nine goals from midfield and four other players have notched at least three times in the league, including left-back Danny Grainger.

Carlisle’s home form is rock-solid – they have won 27 points from a possible 33 – and they are unbeaten in six away games at teams in the top ten so it is worth backing them to share the top-two spoils with underrated Plymouth.