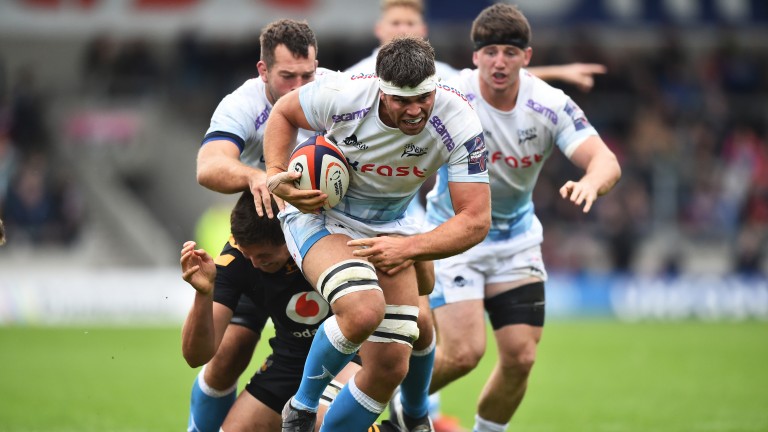 Sale should be backed to pick themselves up after their defeat by Saracens last Saturday with a home win over lowly Leicester to maintain their push for a Premiership top-four spot.

The Sharks had beaten  Sarries 28-7 in the Premiership Cup at the AJ Bell Stadium the previous weekend to claim hosting rights for next month’s final so they may have been complacent at Allianz Park, especially as they had turned over leaders Exeter at Sandy Park in their previous league outing.

However, they are unlikely to be too confident on this occasion with head coach Steve Diamond no doubt demanding the intensity and purpose that saw them hammer Harlequins 48-10 in Salford at the start of January.

That stroll followed solid home league wins over Northampton and Wasps and their 18-16 loss to Gloucester in round one is the only reverse in their last eight home Premiership games.

Leicester have prevailed only once in their last four league visits to Sale and they are winless away in the Premiership this season, with four defeats and a draw.

The Tigers’ recent 13-10 loss at Bath should not mask the fact that they leak points on their travels. The draw at Quins was 30-30 while they conceded 36 at Northampton and Leicester and Worcester scored 24 in round one.

As well as their England contingent, the East Midlanders are without skipper Tom Youngs because of suspension and their two best ball-carrying forwards Jordan Taufua and Sione Kalamafoni because of injury. They are giving a Premiership debut at scrum-half to academy graduate Jack van Poortvliet.

South Africa's World Cup-winner Faf de Klerk is still sidelined but Diamond gets to name pretty much his strongest available outfit and has Denny Solomona and Ben Curry on the bench.

Sale skipper Jono Ross has made the most tackles in the Premiership this season and number eight Daniel du Preez has claimed the most line-out steals, so Leicester could be in for a tough time.

With high winds and rain forecast for Edinburgh and Neath, the best handicap bet in the Pro14 looks to be Munster to give up 15 points to hosts Zebre in Milan.

Munster, who have won in Port Elizabeth, Cardiff, Swansea and Galway this campaign, brushed aside the Kings 68-3 in Cork last Friday while Zebre suffered a 56-24 defeat in Glasgow.

Zebre have beaten the Cheetahs at home and pushed Benetton and Leinster but they have also endured huge home reverses to the Dragons and Glasgow.