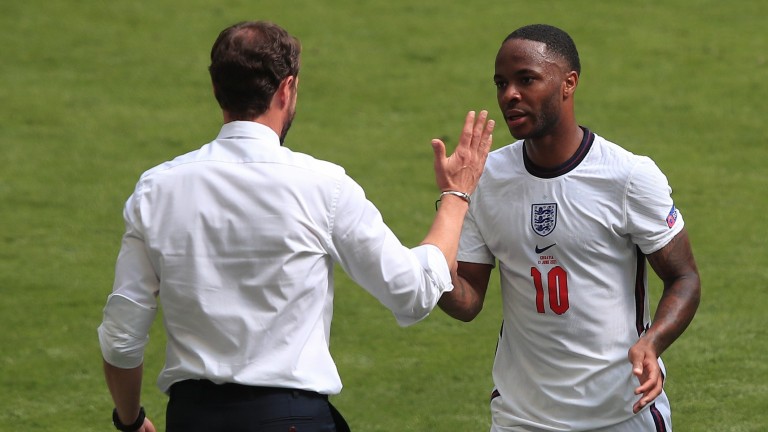 All eyes will be on Wembley on Friday as old rivals England and Scotland do battle in Group D of Euro 2020, 25 years after the neighbours clashed at Euro 96.

The derby rounds up another busy day of football action with Croatia and Czech Republic meeting at Hampden Park earlier in Group D, while the afternoon starts with Sweden against Slovakia.

Sweden did not have much of the ball against Spain and even if they are to beat Slovakia it could be a slog, while Czech Republic look a really nice price to beat a Croatian side heading backwards. Finally, Scotland are likely to put up a fight against England, but the Three Lions should have the class to take maximum points.

Add selections to your bet365 betslip

Slovakia started with a surprise win over Poland, extending their run to just one defeat in six. They have drawn four of those six and could frustrate a Sweden side looking to build on their goalless draw with Spain.

Croatia were poor in the 1-0 defeat to England and could struggle to justify favouritism against Czech Republic. The Czechs scored the goal of the tournament through Patrik Schick's stunner against Scotland and are good value to avoid defeat.

Scotland will be determined to put up a strong performance in such a big match for the country, but ultimately they lack quality in the final third and England can secure a narrow victory.

England to beat Scotland & under 3.5 goals

England have won seven in a row, but the last five of those also went under 3.5 goals and Gareth Southgate's cautious nature is unlikely to change after beating Croatia 1-0 on Sunday.

Schick scored two very different goals in Czech Republic's opening game - a fine header and then a curling shot from downtown - and the Czech striker must be full of confidence. He is 15-2 with Betfair to bag the first goal.

John McGinn was the most booked player in the Premier League during the 2020-21 season and can receive a card again at 21-10 with Hills.

Mason Mount is 8-1 with bet365 to be named man of the match which looks a lively price given how many shots he likes to take. Harry Kane is favourite but was very quiet against Croatia.