Improving Italy can make it ten straight wins away to Bosnia 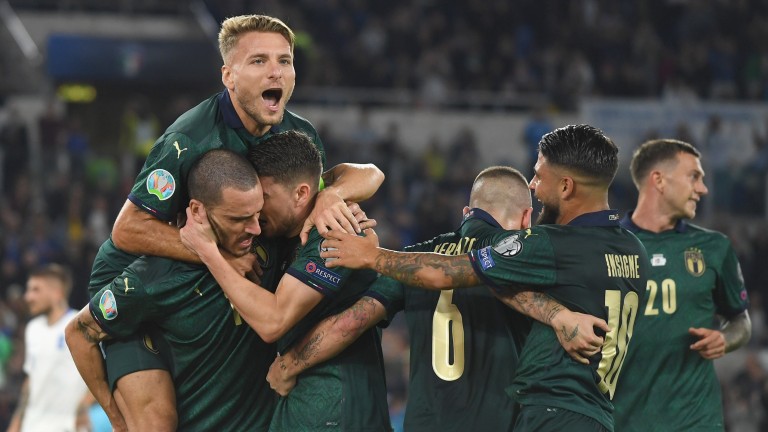 Roberto Mancini can afford to experiment with his Italy side in Zenica on Friday evening having already stamped their pass to Euro 2020, but that doesn’t mean they will be taking Bosnia lightly.

The Italians are on a stunning nine-match winning run and haven’t lost a European Championship qualifier since 2006 - two records they would like to see extended.

They have been the class act in Group J and are nine points clear of second-placed Finland. Bosnia have stuttered throughout this campaign. They can still qualify automatically, although it looks a remote possibility, but a playoff place has already been secured.

Bosnia are unbeaten in their last seven at home but that run looks set to end and Italy are a tempting bet.

The Azzurri have been transformed under Mancini, who has blended a glut of talented youngsters into a squad also featuring seasoned stars such as Leo Bonucci, Jorginho and in-form frontman Ciro Immobile.

Huge things are expected of Nicolo Zaniolo, Sandro Tonali and Riccardo Orsolini, all of whom are poised to get starts either against Bosnia or against Armenia on Monday.

There is a genuine air of excitement about Italy's prospects so soon after they failed to qualify for last year’s World Cup and they look decent value.

There is a massive showdown in Group F between third-placed Romania and second-placed Sweden and the visitors are preferred.

The Romanians have taken just two points out of a possible 12 off the section’s big boys and they have injury issues at the back with skipper Vlad Chiriches and Dragos Grigore both missing.

Janne Andersson’s Swedes have lost only one of their eight qualifiers – that was away to Spain – and they beat Romania 2-1 in the reverse fixture in Solna in March.