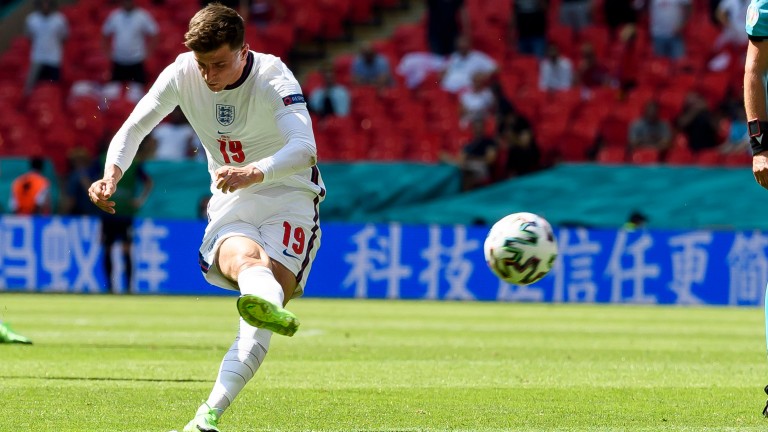 Thomas Soucek to score at any time
1pt 7-1 Betfred

Oleksandr Zinchenko to be shown a card
1pt 6-1 Hills

Oleksandr Karavayev to be shown a card
1pt 6-1 Hills

Czech Republic’s success over the Netherlands was borne of a willingness to attack, in spite of the usual defensive tactics deployed by underdogs in knockout football. Even before the Dutch went down to ten men, the Czechs were dedicating numbers forward and created multiple chances.

Jaroslav Silhavy’s side will have to follow a similar formula if they are to get anything from a tricky tie against Denmark in Baku.

Patrik Schick has scored four of their five goals at the tournament, but they may need to diversify their attacking threat in order to pose a threat to a well organised Danish backline. And in the anytime goalscorer market, Thomas Soucek appeals at 7-1.

The West Ham man netted ten times in 38 Premier League games this season and was a persistent threat aerially throughout the campaign.  The 26-year-old has also registered the most shots in the tournament in this Czech Republic team behind Schick with eight and looks overpriced to get his name on the scoresheet in this tie.

Predicting Gareth Southgate’s line-up for the Ukraine game could be tricky, with four players a yellow card away from missing the semi-final, and the England manager is also likely to revert to four at the back.

One player likely to return to the fold, however, is Mason Mount as the likely switch to a back four opens up a space in midfield.

With Kyle Walker normally preferred to Kieran Trippier on the right side of a back four, Mount may well also be in charge of set-pieces for the Ukraine game, as he was against Scotland in Trippier’s absence.

Set-pieces were vital to England’s run to the 2018 World Cup semi-final and while they haven’t been as crucial in this campaign, they could provide an edge against a team who will sit deep.

Ukraine’s opponents have averaged 6.25 corners per game in the tournament and they conceded the only goal against Austria from such a situation. The 4-1 offered by bet365 for Mason Mount to provide an assist could prove to be value.

Ukraine have been fairly disciplined during their campaign, picking up just four cards in their four games. However, they looked extremely fatigued in extra time against Sweden and frustration may set in if they are behind against England.

Oleksandr Zinchenko was so effective against Sweden partly because Andriy Shevchenko finally hit upon the best formation to allow him to threaten from the left-hand side. Their new-look five at the back placed the emphasis on their wing backs to bomb on.

However, against England that may leave them vulnerable on the counter. England’s wide players are a persistent threat, in three of their four games so far at least one of the opposition’s full backs have ended up in the book.

As such, it may be worth backing both wing-backs, Zinchenko and Oleksandr Karavayev, to pick up a card in Rome. The pair are both 6-1 with William Hill to be booked.