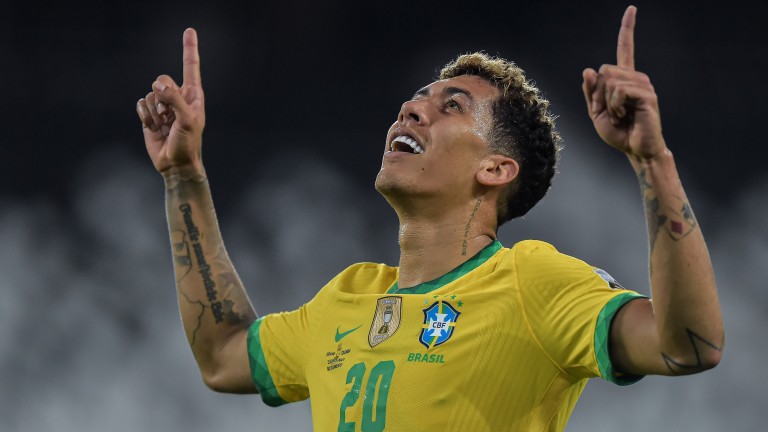 The group stage of the Copa America went as expected with Bolivia and Venezuela being eliminated, but one thing that has changed is a hardening of support behind Brazil.

The hosts and defending champions went off 11-8 favourites and are now a top-priced 5-6 as they shape up to take on Chile in the quarter-finals.

The last eight kicks off with Peru against Paraguay, runners-up in Group B against the third-placed team in Group A, in Goiania.

Paraguay are the layers' preferred choice but have been rocked by an injury to star player Miguel Almiron. The Newcastle frontman had produced a man-of-the-match performance in the crucial 2-0 win against Chile during the group phase, and will be missed.

Paraguay had fired off 20 more shots than Peru during the group games and boast an attack-minded mentality under Eduardo Berizzo, but Almiron's absence changes the landscape.

These sides drew when they last met – a World Cup qualifier in October – and another tight affair between two obviously well-matched sides looks on the cards.

Chile boss Martin Lasarte is prepared to roll the dice and start Alexis Sanchez against Brazil at the Olympic Stadium in Rio, a gamble he has to take.

The Inter striker missed the entire group stage but will now line up alongside Eduardo Vargas and Ben Brereton as Chile endeavour to fight fire with fire.

Chile have looked solid under Lasarte – the Uruguayan has had seven games in charge, a sequence which has included two draws with Argentina, one with Uruguay and just one defeat.

But, of course, they haven't played Brazil in that time and Tite's champs look unbeatable. Their ten-match winning streak was ended by a 1-1 draw against Ecuador but Tite had rested Neymar and his big guns for that assignment so they will be fresh to go.

Chile lack the physicality to match Brazil and when the game opens up – as it surely will – expect the hosts to overpower them.