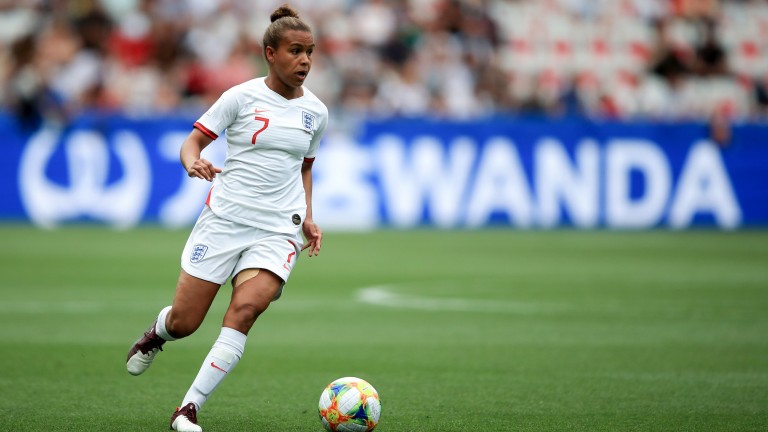 Nikita Parris was a star performer for England in their opening match at the World Cup
Marc Atkins
1 of 1
By Liam Flin UPDATED 4:29PM, JUN 14 2019

Argentina managed only 28 per cent possession and one shot on target when earning a credible draw against 2015 runners-up Japan in their World Cup opener but their resolve could be broken by England in Le Havre.

The Lionesses have a better range of forwards than Japan, not least Nikita Parris, who looked excellent as she notched the first goal in the 2-1 win over Scotland.

England manager Phil Neville is tinkering with his tactics to find his best team but whether Ellen White, Fran Kirby or Jodie Taylor leads the line against Argentina, it should be a comprehensive win for the Lionesses.

The South Americans are minnows in this tournament and lost 5-0, 2-0 and 3-0 in the group stage of the Cup of Nations earlier this year.

Key stat
England have scored two or more goals in ten of their last 12 matches.

Jamaica lost their first ever World Cup match 3-0 to Brazil but it would have been more had it not been for a strong display from goalkeeper Sydney Schneider.

Italy, meanwhile, marked the regeneration of their domestic league with a shock 2-1 win over Australia courtesy of Barbara Bonansea's brace and the Juventus forward could be value to notch first.

The 27-year-old scored 13 goals in the Women's Serie A this season and found the net in recent matches against Ireland and Thailand.

Her pace rivals that of Jamaica's back line and she can be expected to spearhead their attack alongside Ilaria Mauro.

Key stat
Jamaica have conceded in each of their last five matches.