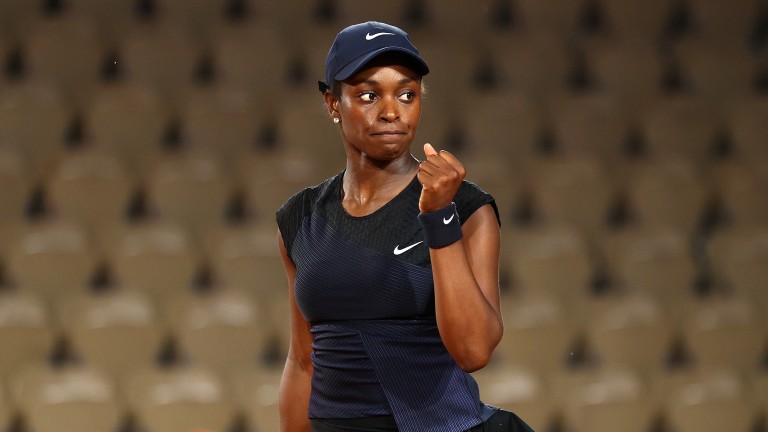 Free tennis tips, best bets and analysis for day five of the French Open at Roland Garros, Paris on Thursday.

ITV & Eurosport, from 10am, Thursday

Karolina Pliskova is all the rage for her French Open second-round date with Sloane Stephens, but it could be unwise to write off the American.

Stephens is one of the canniest, most capable players in tennis and she may now be playing at a level which enables her to pose problems for an opponent of Pliskova's class.

Ninth seed Pliskova opened with a 7-5 6-4 victory over Donna Vekic and there was nothing at all wrong with that result.

But while the Czech is playing well, the fact that she was smashed 6-0 6-0 by Iga Swiatek in the Rome final last month should remind punters that Pliskova is not invincible and therefore potentially vulnerable against Stephens, who is no stranger to producing her A-game on big occasions.

Stephens made the Roland Garros final in 2018 and the quarter-finals a year later, so she will clearly believe she is capable of adding the clay crown to her 2017 US Open title. She's also made the semis of the Australian Open and quarter-finals of Wimbledon, so the potential is there for a career Grand Slam.

Stephens, who opened with an emotional clash against Carla Suarez Navarro on Tuesday night, can be considered for an upset, but considering she's a master at keeping things close when in the mood, punters can be happy with backing the outsider to win at least a set and on the total-games handicap.

Diego Schwartzman has been quieter in this clay season and the Argentinian may find Aljaz Bedene a handful at Roland Garros.

Bedene has been on top of his game in recent weeks and, given the Slovene's positive record against the tenth seed, he could again trouble his opponent after his four-set victory over Adrian Mannarino.

Bedene leads their personal series 4-1, Schwartzman's solitary victory over the world number 56 coming in their last encounter in Buenos Aires in 2019.

But even that clash went to a third set and considering Bedene has won nine of the 12 sets the pair have contested, backing today's clash, their first in a Grand Slam tournament, to last more than three sets looks the way to go.

It's difficult to be confident about many eventualities on the second day of second-round action, and so punters should keep their powder dry for another day.

Alex de Minaur, Carlos Alcaraz, Taylor Fritz and Jan-Lennard Struff could have slightly better chances than the oddsmakers believe. But those players are taking on decent opponents themselves and the markets look to be roughly in order.

In other women's action, Kristina Mladenovic and Ekaterina Alexandrova may exceed the oddsmakers' assessments of their chances but they too are up against good-quality rivals and sometimes punters require more than just a small difference of opinion with the bookmakers in order to get involved.

FIRST PUBLISHED 4:26PM, JUN 2 2021
Stephens made the Roland Garros final in 2018 so she will clearly believe she is capable of adding the clay crown to her 2017 US Open title