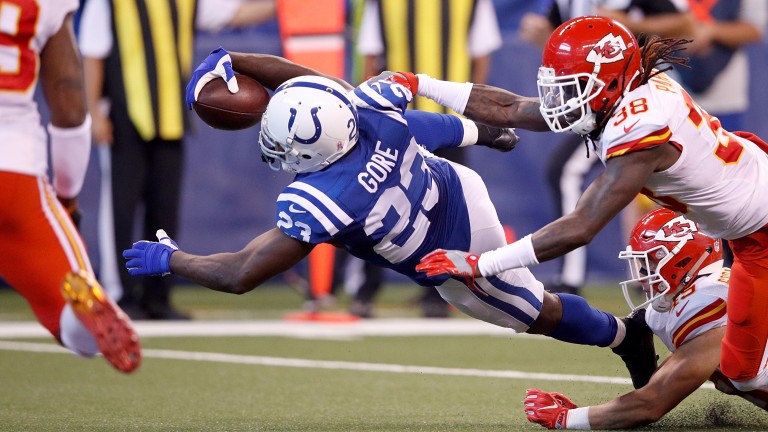 Oakland secured their place in the playoffs with a win over San Diego last week and there is a decent chance that their clash with Indianapolis could turn into a shootout.

The Colts are still in with a shout in the open AFC South, have been excellent on the road, putting up at least 20 points in each of their away matches.

That included a dominant 34-6 success in Minnesota last week and they will be able to take advantage if Oakland decide to start looking towards the post-season.

With a first-round bye not assured, that looks unlikely, and they should push on for plenty of points as well.

They have struggled offensively since quarterback Derek Carr injured his little finger in their last home game against Buffalo.

They have scord a total of 32 points in thir last two games against Kansas City and the Chargers, but they should be able to open up now they are on their own patch.

The Raiders, who have lost just three times this season, are the third-highest scoring team in the league and they should show why against the Colts.

Oakland Defensive end Mario Edwards could make a surprise appearance for the first time this season following a hip injury. Left guard Kelechi Osemele has been struggling with an ankle injury and quarterback Derk Carr should be able to play despite a troublesome finger injury.