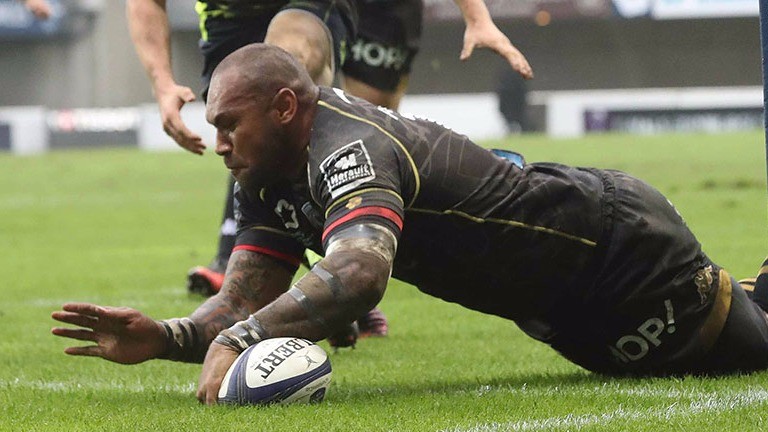 Nemani Nadolo gets on the scoresheet against Leinster
Getty Images
1 of 1
By Graham Woods 8:06PM, JAN 19 2017

Castres v Leinster
Sky Sports 2, 7.45pm Friday
In the tough, physically demanding world of top-flight European rugby, motivation and incentive play a huge part and in France Leinster have it while hosts Castres do not.

This is the first of three successive D-days in the European Champions Cup as the final round of pool games unfold.

There’s all to play for even for those teams already qualified, as the four top seeds guarantee themselves a home quarter-final while the top two are in pole position to play their semi-final in their own country too.

Leinster are top of the qualifying pile with 21 points amassed and 28 tries scored in five games. Castres are mathematically still in the running but director of rugby Christophe Urios has left a few big names out for this one and Leinster are 12-point favourites away from home.

It would be no surprise if Castres simply aren’t committed to this fixture as they occupy sixth spot in the Top 14, the last of the playoff places, and an extended run there would mean far more than keeping alive their faint hopes of a European quarter-final.

This is the third time in the last four seasons that these teams have been drawn in the same pool and Leinster have won the lot including twice in France. And although the margins of those two victories were in single figures while the handicap is set at 12 points this time, Leinster have been in scintillating attacking form and there is more scope for the underdogs to throw in the towel in the final pool match.

Isa Nacewa has scored in every European match for Leinster in this campaign, including the crucial late try that secured a losing bonus point at Montpellier.

The skipper is the man for the big occasion and looks value at odds-against to cross again.

Recommendation
I Nacewa to score a try
1pt 13-8 Ladbrokes

Montpellier have just one point more than Castres but their chances of reaching the last eight are greater.

The high-flying French club are 24-point handicap favourites at home to a Northampton side who can’t reach the quarter-finals and who have made significant changes to their line-up.

They also hold a head-to-head advantage over Castres with two bonus points from their meetings should the French rivals finish level on points.

Montpellier know the runners-up in Pool Two are sure to have more points than them so they must target a bonus-point win and hope that one of Glasgow, Toulon and Exeter come up short, and given that all three are away from home that must give them hope.

But a bonus-point win is a must while of their rivals only Exeter have scored fewer tries than them so they are unlikely to take their foot off the gas.

It’s no secret who their dangerman is and Fijian winger Nemani Nadolo is just 2-5 to get on the scoresheet, but such is his pace and power that it’s worth backing him to score two tries or more.

Round one: Northampton 16 Montpellier 14.