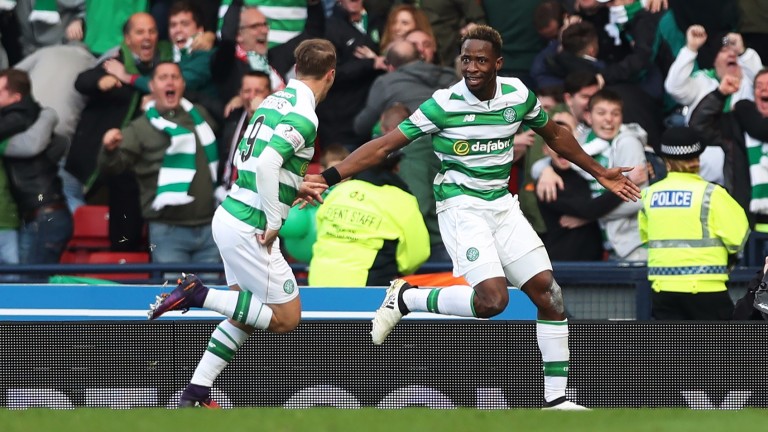 Celtic continue their seemingly relentless charge to the Ladbrokes Premiership title and it’s hard to see hosts Kilmarnock even netting at Rugby Park.

Killie are probably playing the Hoops at the best time as 14 Celtic players were away on international duty this week with Tom Rogic and Emilio Izaguirre returning from long-haul trips to Thailand and Honduras.

Team news
Kilmarnock
The home side will be without veteran striker Kris Boyd, who is out for two months.

Celtic
Brendan Rodgers says he will assess the fitness of the players who are returning from international duty before choosing his team. Full-back Kieran Tierney is definitely out.

However, it’s very hard indeed to see the Ayrshire men laying a glove on Celtic – as match odds as big as 20-1 would suggest.

Celtic’s odds on the double-result and handicap markets are still prohibitive and prolific striker Moussa Dembele is just 8-11 to score at any time.

Killie can be unpredictable but it looks a big ask for Lee Clark’s men to find the net against the champions.