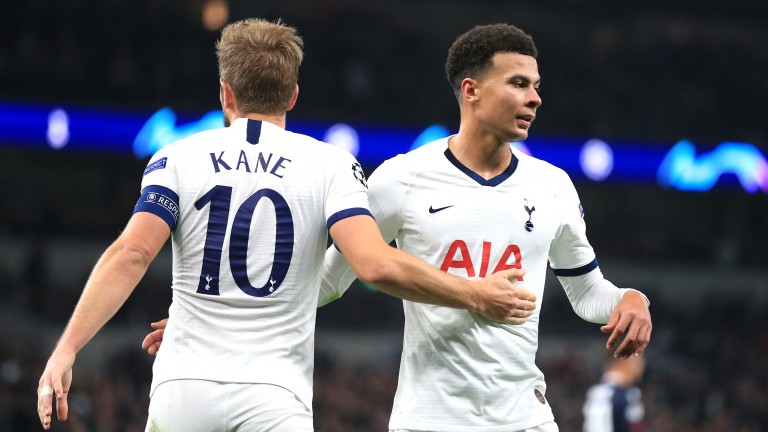 Burnley
Ashley Westwood is suspended but Danny Drinkwater is free from injury and could feature for the first time this season.

Burnley climbed to seventh after back-to-back 3-0 wins at home to West Ham and away to Watford but they may be brought back down to earth by Crystal Palace, who look overpriced to win at Turf Moor.

Palace twice defeated the Clarets last season – winning 2-0 in London and 3-1 in Lancashire – and can pull off a similar result.

Their defence – enhanced by the summer acquisition of Gary Cahill – can cope with the anticipated aerial bombardment and Wilfried Zaha's pace and trickery can do the damage at the other end.

Crystal Palace have won their last three matches against Burnley.

Chelsea
Tammy Abraham (hip) is ruled out and Callum Hudson-Odoi (hamstring) is a doubt but Ross Barkley and Antonio Rudiger are back in training.

Chelsea have not allowed last weekend's 2-1 loss at Manchester City to get them down and they can build on Wednesday's 2-2 draw against Valencia by brushing aside West Ham at Stamford Bridge.

Pressure is mounting on Hammers boss Manuel Pellegrini, who has presided over a eight-match winless sequence.

West Ham were outclassed for the majority of last Saturday's 3-2 loss at home to Tottenham and may not fare any better against the Blues, who are chasing a fourth successive home league victory.

West Ham have failed to score in four of their last five away fixtures.

Liverpool
Fabinho misses out until next year with an ankle injury but Naby Keita (illness) could return.

Brighton
Solly March (groin) is a doubt but Aaron Connolly (groin) is available and Lewis Dunk is free from suspension.

Liverpool have not dropped Premier League points at Anfield since January and should justify red-hot favourites status against Brighton.

The Reds were below par when winning 2-1 at Crystal Palace last Saturday but Jurgen Klopp was delighted with the outcome, which kept his team firmly in control of the title race.

With the November international break behind them, Liverpool are likely to improve. But they will miss injured midfielder Fabinho and may need a couple of goals to see off the Seagulls, who are more enterprising than last season.

Liverpool have not kept a clean sheet in 11 games.

Bournemouth
Joshua King (hamstring) is out while Simon Francis and Phil Billing are suspended. Ryan Fraser (dead leg) is a doubt and Dominic Solanke (hamstring) is available.

Several Tottenham players have responded positively to the arrival of Jose Mourinho but perhaps none more than Dele Alli, who looks first-goalscorer value at home to Bournemouth.

Alli had a hand in two of Tottenham's three goals at West Ham last Saturday and it was his goal that started the fightback against Olympiakos on Tuesday.

Spurs took a long time to get going against the Greeks and must improve defensively to justify favouritism against mid-table Bournemouth, who will be looking to avoid a third successive defeat.

Bournemouth have not scored on their last four trips to Tottenham.