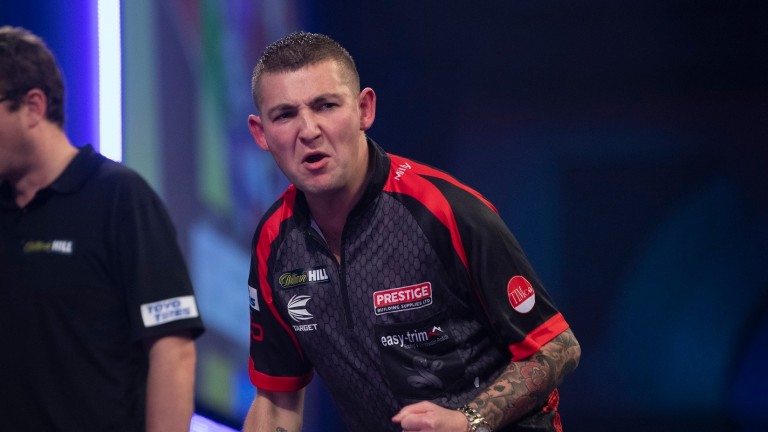 The Home Tour event has now reached the second stage and will be streamed on bookmaker websites.

Each session starts at 7.30pm and will see four stars do battle in nightly round-robin groups which are played over the best-of-11 legs. The eight group winners will progress through to the next phase.

That last eight will be two groups of four and the top two in each will provide the four-person Championship group which will determine the overall competition winner.

Nathan Aspinall is the headline act in Group Seven and there's no doubting that the Asp is a classy operator. But at the prices Jamie Hughes looks the standout bet of the night.

Aspinall is a two-time PDC World Championship semi-finalist and UK Open champion and it's difficult to argue with his credentials.

However, the Asp didn't have a board up at home until midway through the coronavirus lockdown and although he won all three of his matches in Group Ten of the Home Tour the resistance in that section was pretty soft. Averages of 85.6 and 91.4 were enough to beat Simon Stevenson and Steve Brown 5-1 and 5-2.

Yozza averaged 96.6 in that 5-2 win over Ratajski, and if you take out the scrambling last leg to win the match, his previous four games were won in 13, 14 and 15 darts twice.

That sort of form could be enough to cause Aspinall problems and hold off the challenges of Jose De Sousa and Jesus Noguera.

De Sousa produced some mind-blowing averages to win Group 25. The Special one managed 110.5 against Robert Thornton, 106.8 against Reece Robinson and 97.6 against Keegan Brown. This is a step-up for the Portuguese thrower in terms of opposition, and it will be interesting to see if he can reproduce those numbers with more questions asked by his opponents.

It's hard to completely ignore that showing from De Sousa but that's reflected in the prices and the BoyleSports' offer of 9-2 about Hughes looks too big to refuse.