Aberdeen can bounce back from their Celtic mauling 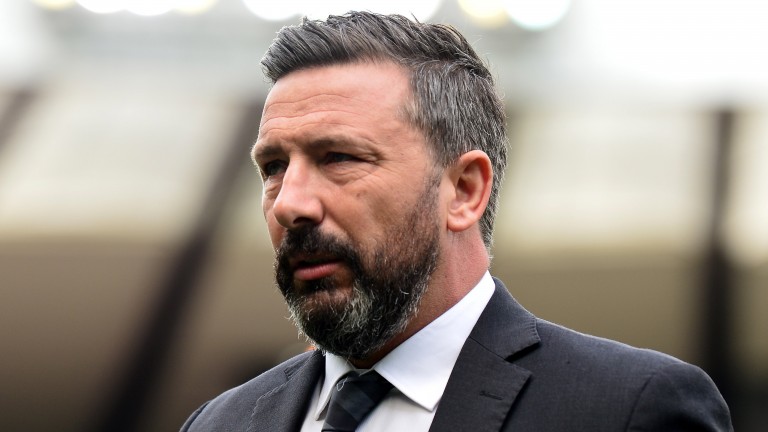 Montrose have been in terrific form in Ladbrokes League One and they can add to the growing problems at their Angus rivals Forfar.

After losing six games in a row, the Links Park side have won their last five.

They have triumphed at Clyde and East Fife in that run, which has propelled them up to four points off the playoff spots, helped by Graham Webster nabbing five goals in his last five games.

Forfar are bottom of the league after five successive defeats and their cause wasn't helped this week when manager Jim Weir called it a day for personal reasons.

Montrose look full of confidence and Stewart Petrie's men can help themselves to another three points.

Aberdeen appear to have got back on track after their Celtic capitulation and they can win at Ross County.

The Dons have taken the last six meetings between the sides and cruised to a 3-0 win at Pittodrie earlier this season.

Manager Derek McInnes was under pressure after a 4-0 home loss to Celtic, when they were four behind at the break, but his injury problems have eased and he has guided them to a win at Hamilton and a comfortable success against Kilmarnock.

County are still somehow in the top six in the Ladbrokes Premiership despite having failed to win in their last six games.

But their defence looks leaky after two Old Firm stuffings in which they conceded ten goals and scored none.

Aberdeen are unlikely to be pleasing on the eye but they are usually clinical at picking up maximum points against the so-called lesser teams in the league and they can taste success in Dingwall.

Dunfermline are a side who can blow hot and cold, but they should have too much for Alloa.

Stevie Crawford's men have defeated Arbroath and Queen of the South easily at East End Park with hotshot Kevin Nisbet taking his tally to the season to double figures.

Most sides struggle at the Wasps but the Pars have won on their last three visits to Clackmannanshire, including two 1-0 wins last season.

Peter Grant's part-timers are always up against it due to their financial situation and that has started to show recently.