Dragons could pinch a draw in Nice 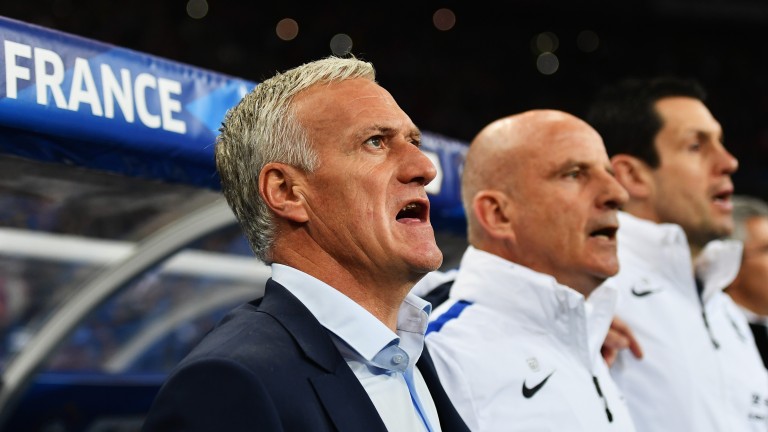 Wales
Ben Davies and Joe Allen, out since March, may not be involved. Aaron Ramsey and Ethan Ampadu are also not fully fit.

An experimental France versus an experimental Wales does probably level the playing field a little, and the 9-2 about the draw is far more appealing that the 1-4 on offer for the hosts in Nice.

There have been enough hints from Didier Deschamps that he's not going to go all guns blazing. Saturday night hero Ngolo Kante, for example, should be guaranteed a break while it's highly unlikely that the French head coach will want to give superstar Kylian Mbappe much game time in a fixture as relatively meaningless as this.

Similarly, Rob Page probably knows what Gareth Bale can do - does he really need to see any more of a man who was once the most expensive player in the world?

There is no doubt that the depths of the French squad are richer than the bottom end of the Welsh roster. But France's last friendly, in November, ended in a 2-0 home defeat by Finland.

Wales's last two friendlies, neither with anything close to full sides, ended in two clean sheets courtesy of a 1-0 win over Mexico in March and a 0-0 draw against the United States in the autumn.

The Welsh have kept clean sheets in six of their last eight so aren't averse to stifling opposition attacks. However, only one of those eight matches was against a good side who were trying – Belgium – and they lost that 3-1.

If Deschamps does start with all his attacking jewels the match will have a different look to it but at the prices that's a chance worth taking.