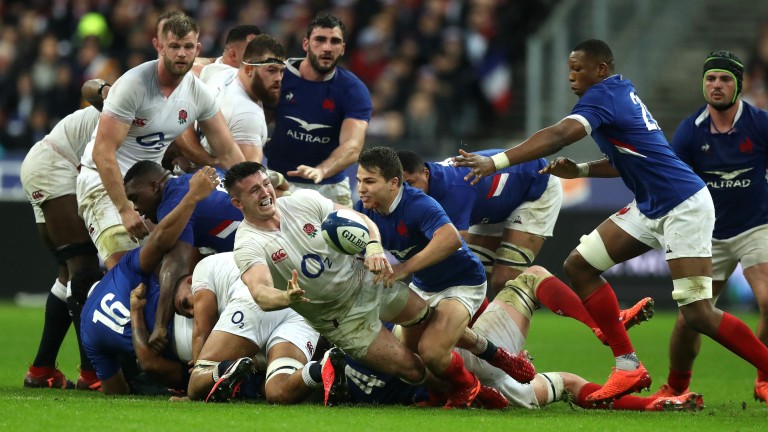 France stole the headlines in week one of the Six Nations with their victory over tournament favourites England, and now they have the perfect opportunity to prove that performance as no one-off.

There were none of the familiar French failings at the Stade de France last weekend - no loss of focus, no second-half collapse, no defensive frailty, no ludicrous errors. And they deserved their victory against an off-colour England.

The handicap is set at 25 points, a mark Les Bleus have passed only once in ten home Six Nations clashes with Italy. Five of those ten wins have been by more than 20 points, but their biggest margin is 26, in a 46-20 success ten years ago.

Four years ago France won by just two points but that is the only time the gulf has been in single figures.

The suspicion, as always with France, is that the only thing stopping them winning by more is their own erratic, inconsistent nature. They defied that nature to dominate England last week but to do so against lesser opposition is a different challenge. And they will probably be up against bad weather again, with winds gusting up to 50mph forecast and a 50 per cent chance of rain.

In France's favour is that they are taking on an Azzurri side who offered little in attack against Wales in their opening match, a 42-0 defeat in Cardiff.

There were glimpses of attacking ambition, with Carlo Canna offering a role as a second playmaker in the centres while returning full-back Matteo Minozzi made 14 carries for 142 metres.

But they had nothing to show for it as they were nilled for the fourth time in the tournament. Two of those shutouts came against France.

The Azzurri's Six Nations record now stands at 22 consecutive defeats and they have conceded 260 points in their last six away from home, an average of 43 per game.

It looks like a big home win is coming against this struggling Italy side but in the forecast conditions they may not be able to hit new heights. Another winning margin in the 20s looks the best bet.