France forwards should have friendly focus

No Paris party for depleted Welsh 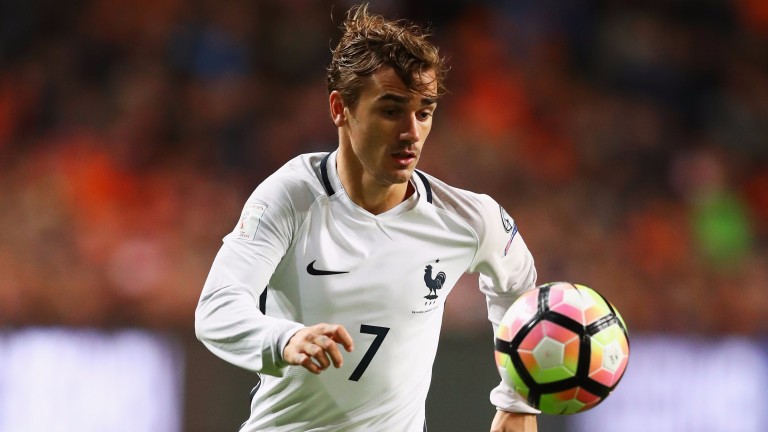 Welsh football fans will always have fond memories of France after their side's amazing run to the semi-finals of Euro 2016 but there is unlikely to be the same party atmosphere on their latest trip to Paris.

While Les Bleus, beaten by Portugal in the final of the Euros, are prominent in the betting for next summer's World Cup, Wales's hopes of another finals adventure were shattered by last month's 1-0 home defeat to Ireland.

With Gareth Bale absent and doubts over manager Chris Coleman's future, the visitors are huge outsiders to win in Paris.

Their success under Coleman has been built on discipline in defence, intensity in midfield, and the brilliance of Bale on the counter-attack.

The energy levels required for that gameplan to work inevitably drop in non-competitive fixtures and the defeat to Ireland, which denied Wales a World Cup playoff spot, must have deflated the players.

These teams are missing three of the four most expensive players in history - Bale, Paul Pogba and Ousmane Dembele - but France's squad still glitters with attacking talent.

Wales, far from prolific even with Bale in the team, lost last year's away friendlies 1-0 in Ukraine and 3-0 in Sweden.

The fierce competition for places in France's World Cup squad gives Les Bleus far more motivation than their visitors and, having scored 14 goals in their last five home matches, they should see off Wales with ease.

Team news
France
Didier Deschamps has recalled Anthony Martial and called up the uncapped Steven N'Zonzi and Benjamin Pavard but captain Hugo Lloris, Paul Pogba and Ousmane Dembele are among the injury absentees.

Key stat
Wales have scored only seven goals in their last eight internationals.