Top spot in Group C there for Les Bleues' taking 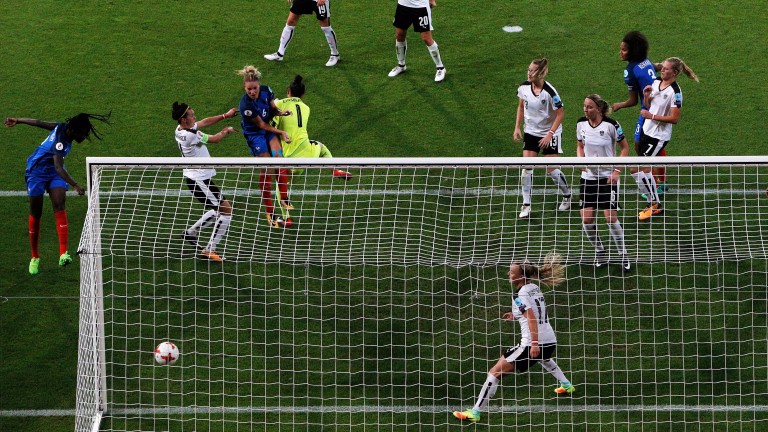 France have not been as dominant as they might have expected in Group C but they can give themselves a good chance of finishing top by defeating Switzerland in Breda.

Top spot in the section is up for grabs with France and Austria locked together on four points and the Swiss a point behind.

But the qualification picture is uncomplicated for Switzerland, who must win the game to reach the quarter-finals.

Switzerland won 2-1 against Iceland on Saturday - eliminating Iceland from the competition - but they may end up paying the price for a surprise 1-0 loss to Austria in their first match.

Everything seemed to go wrong against the Austrians with defender Rahel Kiwic receiving a red card and captain Caroline Abbe suffering a muscle strain.

Abbe remains a doubt after missing the Iceland match but Kiwic is available if head coach Martina Voss-Tecklenberg decides to freshen up the side.

Voss-Tecklenberg needs to conjure up a victory but it will be tough against one of the tournament favourites.

France will be disappointed with a four-point return and need to show a more clinical edge, having scored just two goals from 40 shots.

However, the floodgates may open against the Swiss, allowing backers of France to be ahead at half-time and full-time to collect.

Iceland have competed well in defeats to France (1-0) and Switzerland (2-1) and can sign off by avoiding defeat against Austria.

A draw would guarantee Austria a place in the quarter-finals, so don't expect them to throw caution to the wind in search of three points.