Frampton should leave no doubt in minds of judges 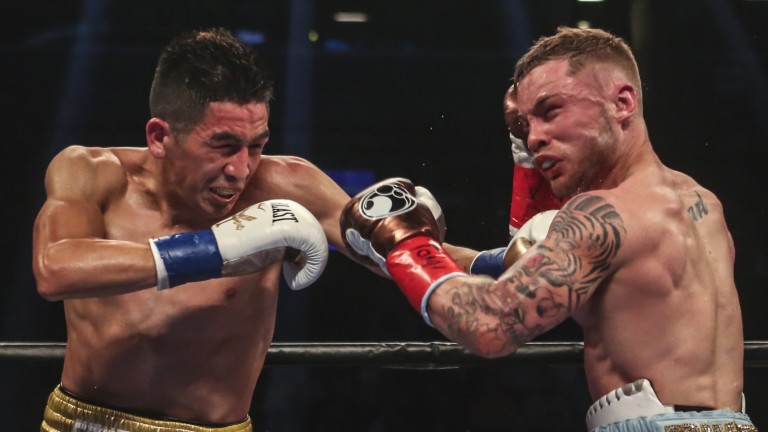 Carl Frampton beat Leo Santa Cruz to win the WBA featherweight title in New York in July last year and he should be trusted to do a job on the Mexican-American again in Las Vegas.

The first fight was an absolute thriller as both men came out swinging from the first bell in a back-and-forth encounter, and it went right down to the wire with Frampton edging a close fight with a majority decision on the scorecards.

However, while many of the rounds were hard to score Frampton fully deserved to get the decision. One judge scored it a draw but the other two had the Jackal down as a clear winner, one by four rounds and the other by six.

Both fighters threw a similar volume of punches but it was Frampton's accuracy that really shone through. A few people have suggested that Santa Cruz will be better prepared this time and can make the necessary adjustments, but while he is undoubtedly a very good fighter Frampton is more adaptable.

Santa Cruz has a typical Mexican style, relentlessly marching forward in an attempt to pressure and grind down his opponents. But Frampton has a greater skill set, and is happy forcing the pace or fighting off the back foot.

He is also more creative and throws shots from unorthodox angles, and despite being the 'away' fighter, Frampton can expect to have the majority of the support inside the MGM Grand, with the legions of Irish fight fans packing out the arena likely to be at full volume after a day of gambling and Guinness.

Frampton was a slight underdog going into the first fight, this time he is a slight favourite. But there is still value in backing him to win and this time it should be more clear-cut, although the judges may still be needed.

Both men have proven good chins and a stoppage seems unlikely - Frampton's last three have gone the distance, as have three of Santa Cruz's last four, and while many of the rounds could be close, the pride of Belfast can win a clear decision.

Welshman Lee Selby is hoping to fight the winner, and he is long odds-on to retain his IBF featherweight title on the undercard against tough Argentinian Jonathan Victor Barros.

A Selby points win looks the most likely outcome, but that is around the 4-7 mark so finding a value bet on this fight is not easy.

Barros has been stopped only once in 42 fights, and the man who ironed him out, Mikey Garcia, is also in a world title fight on the Las Vegas card.

Garcia challenges Montenegrin Dejan Zlaticanin for the WBC lightweight belt and it should be a great fight while it lasts. Both men are undefeated KO specialists, but Garcia has the greater experience and is the pick to win by knockout.