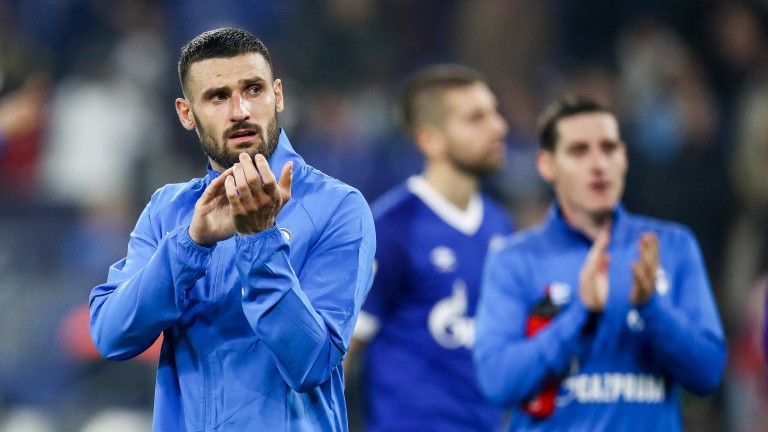 Schalke players thank their supporters after defeat their loss to Bayern Munich
Getty Images
1 of 1
By Dan Childs 8:00PM, SEP 24 2018

Schalke have had a shocking start to the season and there is every chance they will suffer a fifth successive Bundesliga defeat when taking on Freiburg at Schwarzwald-Stadion.

Last season was largely successful for Schalke, who finished second in the league and reached the semi-finals of the German Cup.

But they had a shaky summer with defender Thilo Kehrer moving to Paris St-Germain and attacker Leon Goretzka joining Bayern Munich and have struggled to get going.

The Royal Blues slipped to the foot of the table with a 2-0 loss at home to Bayern Munich on Saturday and it is going to be tough for manager Domenico Tedesco to turn things around.

Tedesco is hampered by long-term injuries to utility man Benjamin Stambouli and left back Bastian Oczipka, who were both regulars last season, and summer signings are failing to deliver.

Schalke have not kept a clean sheet in five games and Freiburg, fresh from an impressive 3-1 success at Wolfsburg on Saturday, may be in the mood to punish them.

Freiburg finished fourth bottom last term – only five points above the automatic relegation places – but have not panicked and long-serving manager Christian Streich seems to be turning them around.

Powerful centre-forward Nils Peterson – their top scorer last season with 15 goals – has stayed and his no-nonsense style might be enough to unsettle a fragile Schalke defence and pave the way for a first home win of the season.