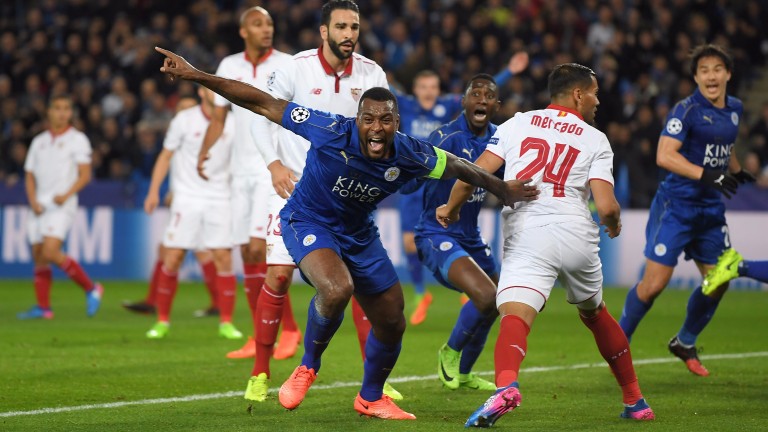 Few supporters over the last couple of seasons have seen quite as many dreams come true as Leicester’s but Foxes fans should be bracing themselves for a reality check against Atletico Madrid.

The quarter-finals of this competition are nothing new to Diego Simeone’s superstars, who are appearing in the last eight for the fourth season in a row. In two of those campaigns they went on to reach the final.

On the other hand this is all so very new to Leicester and, in spite of what happened in the Premier League last season, surely they can only continue to defy the odds for so long.

That doesn’t mean necessarily that Craig Shakespeare’s men are going to fall apart at the Vicente Calderon against a team who have won 28 of their last 34 home European fixtures and made it eight unbeaten on Saturday night with a well-deserved 1-1 draw at Real Madrid in La Liga.

But it’s hard not to see this expertly-drilled Spanish outfit, a side with far more experience at this level than their guests and a brilliant knockout pedigree, from winning on their own soil and ultimately going through.

A romp, however, is less likely and Atletico to win in a game featuring under 3.5 goals looks the bet at 10-11. It’s the same price as Atletico to win to nil but keeps a 2-1 scoreline on our side.

They haven’t lost any of their last eight home Champions League ties – six wins, two draws – yet not one of those matches has produced four goals or more. Their four home ties in this campaign have yielded three wins, one draw and just six goals.

Atletico are masters in the art of doing what’s required and given their record, at home or away, they’ll be absolutely confident of going through even if they secure only the narrowest of triumphs in the first leg.

Leicester are 12-1 shots and doubtless a few of their diehards might have considered a punt after Shakespeare kicked off his reign with six straight wins.

Sunday’s 4-2 reverse at Everton saw them cruelly exposed and for all the improvements under their new manager after a wretched first half of the domestic season, they are still iffy travellers.

Their last two Champions League away games ended in defeat at Porto and Seville while last month’s 3-2 success at West Ham is their one and only road success in the Premier League.

If Atletico are going to be slightly weaker for Kevin Gameiro’s absence, Leicester are going to feel the loss of Wes Morgan far more, though in fairness to Yohan Benalouane he was deputising well for the skipper until being shown up by Romelu Lukaku at Goodison.

It’s possibly a blessing for the English side that Antoine Griezmann is a different type of striker from Lukaku, though the 23-goal Frenchman is in sizzling nick.

Both teams to score is a 6-4 chance which is another bet pro-Leicester punters might be all over. They’ve bagged 17 in their last seven.

But they are up against a defence who simply don’t ship – Los Rojiblancos have conceded one goal in their last nine home Champions League ties. They are third in La Liga with that division’s joint-best defensive record.

Team news
Atletico Madrid
Kevin Gameiro is a doubt with a groin injury. Sime Vrsaljko is also crocked. Midfielders Tiago and Nicolas Gaitan are back in training.

Leicester
Skipper Wes Morgan (back) and midfielder Papa Mendy (ankle) are out.