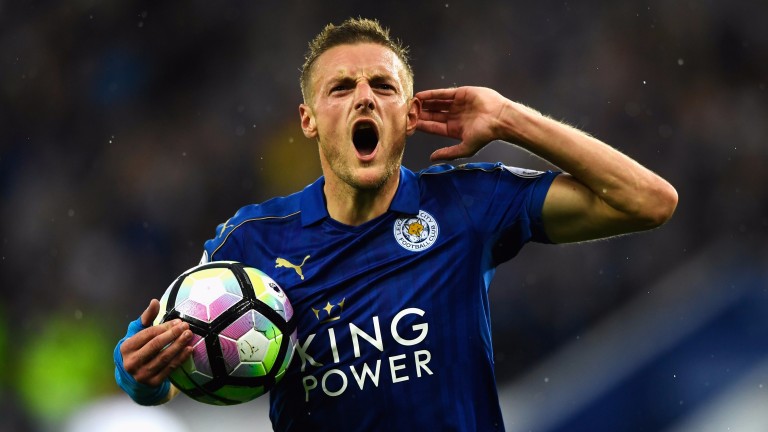 Leicester have had a miserable time defending their Premier League title but respite could come in the form of a decent FA Cup run and the Foxes can make their class count at Derby.

The local rivalry adds extra spice to an intriguing contest with bookmakers struggling to separate the teams and that could underestimate Claudio Ranieri's side.

Ranieri went with a strong line-up at Everton in round three and was rewarded with a fine 2-1 success so there is no reason to expect a weakened Foxes outfit.

Indeed, Ranieri was talking of needing a win to boost confidence before Tuesday's Premier League trip to Burnley and the Italian will no doubt be relieved that Riyad Mahrez is back from Africa Cup of Nations duty with Algeria.

Mahrez missed the 3-0 Premier League losses against Chelsea and Southampton when Ranieri's decision to tinker with his formation failed woefully.

The back three against Chelsea was followed by a midfield diamond in the reverse against the Saints and going back to basics seems likely for a side who have lost their way this season.

Leicester going backwards can be put down to three things: N'Golo Kante's sale to Chelsea, natural regression and possibly a lack of desire after they achieved the impossible dream.

However, for all of that City are still going strong in the Champions League and could still turn their season around domestically if they go on a run in this competition.

Derby, seventh in the Sky Bet Championship, deserve respect but they have won only two of their last six league matches and Steve McClaren's side have rarely played well since Christmas.

The Rams claimed a giantkilling in the previous round, beating West Brom 2-1 at the Hawthorns although Baggies manager Tony Pulis claimed afterwards "we battered them at times."

That may sound like a biased view of a beaten boss but the stats back up Pulis.

West Brom won the shot count 21-5 (not including blocks) and corners were 15-2 in favour of the Premier League side. The fact they lost can be filed under "unlucky".

Derby know all about bad luck.

Under former boss Nigel Pearson, a man who did so much good work at Leicester, the Rams were often on the wrong end of marginal results and McClaren has not needed to do that much to get them back up the table.

However, County are only around average in the match shots statistics in the Championship this season and Derby have scored just once in five matches against the current top four.

Six goals have been conceded in their last three league games and Leicester can punish any errors on the counter-attack.

Team news
Derby
Ikechi Anya and Nick Blackman are back in training after injury, while midfielders Bradley Johnson and Jacob Butterfield have returned from suspension. Former Foxes forward Dave Nugent is rated doubtful.

Leicester
Riyad Mahrez returns but Islam Slimani has joined Leonardo Ulloa on the sidelines. Daniel Amartey remains at the Africa Cup of Nations.

Key stat
Leicester forward Jamie Vardy has failed to score in 20 of his last 21 appearances for the Foxes.