McKay should play a pivotal role in dismissing Glamorgan 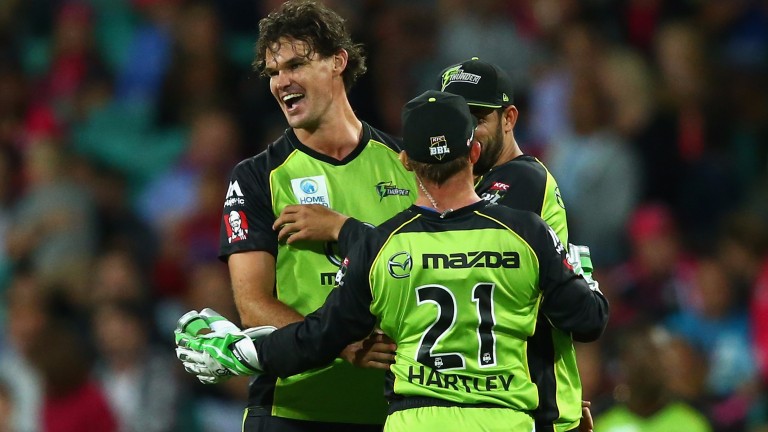 Glamorgan topped the T20 Blast South Group with 18 points and they are favourites to beat a Leicestershire side who sneaked into the quarter-finals in a Trent Bridge thriller.

With Nottinghamshire requiring seven from the last over, Foxes bowler Mathew Pillans restricted the hosts to just four runs as Leicestershire crept into the North Group's top four at the expense of Yorkshire.

Glamorgan could arguably have won the Southern section by more than a two-point margin had they not had four home games rained off and they finally achieved a victory in Cardiff when beating Middlesex in the final round of group games. The weather forecast is fairly positive ahead of this match.

The hosts are the right favourites to make it to Finals Day on September 2 but they've fallen at this stage in two of the last three editions of the Blast and there's not much juice in the short price.

Glamorgan have won only twice when chasing this season while Leicestershire have shown themselves capable of adapting to a variety of situations.

They've won four times when chasing and four times as the bowling side and they've also recorded six victories away from Grace Road so home advantage is unlikely to make the difference. Captain Mark Cosgrove has been in splendid form with the bat, as has dangerous Kiwi Luke Ronchi while South African opener Cameron Delport turned a corner with a fine century against Notts.

But the Foxes' trump card is arguably veteran bowler Clint McKay. The Australian seamer is the leading wicket-taker in the Blast this season with 22 scalps and he struck early on Friday night to dismiss Notts dangerman Riki Wessels.

He will be aiming to dislodge Colin Ingram early in the innings in a bid to set the tone for the Foxes. McKay is a general 3-1 chance to lead the way again for the visitors and the consistent 34-year-old could do some early damage.