Fox hunt in Europe set to be ended 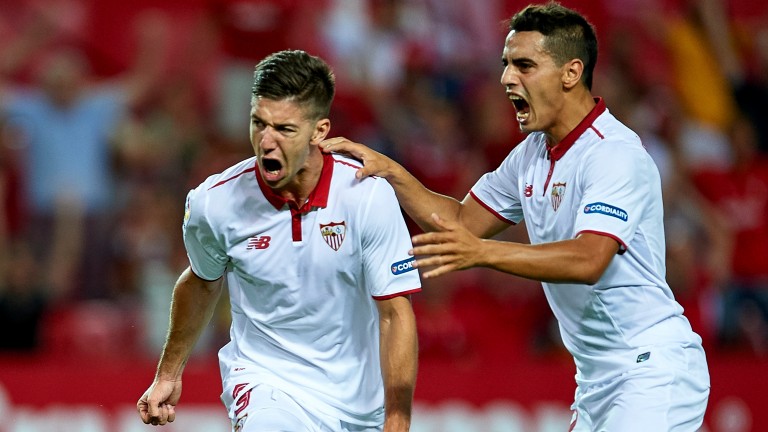 Champions League nights have been the brightest aspect of a miserable campaign for Leicester but dreams of further progress could be dashed by a poor result in Seville.

Leicester's stunning progress through the group stage allowed them to gloss over a dismal start to their Premier League title defence.

But an expected winter improvement in league results has failed to materialise and the Foxes, who are just one point clear of the drop zone, are facing up to the harsh reality of a desperate struggle for top-flight survival.

For a club of Leicester's size, participation in the Champions League knockout stage is a huge achievement but the first leg against Seville comes five days before a vital Premier League match at home to Liverpool.

Claudio Ranieri is unlikely to rest key men for the Liverpool game but his first-choice side have been struggling in any case with no league win registered since the turn of the year.

And the task against Seville looks tougher than anything they have faced in Europe this term.

The Andalusians have become renowned as Europa League specialists having won the competition five times in the last 11 years but they would much rather establish themselves as a major force in the Champions League.

There are no superstars in Jorge Sampaoli's side and top scorer Wissam Ben Yedder is going through a lean spell having failed to notch in his last seven appearances.

But Seville possess a variety of attacking threats and are the third top scorers in La Liga with 46 goals in 23 games.

Leicester must do their best to close down the spaces and get tight to their technically gifted opponents but their powers of resistance have not been the same since N'Golo Kante's departure to Chelsea.

Keeping a clean sheet will probably be beyond them and their best hope of staying in the tie is to be positive when they get the chance and try to expose an ordinary Seville back-line.

Seville have shipped 28 goals in La Liga this season, more than all of their top-ur rivals, and are without centre-backs Gabriel Mercado (suspended) and Nicolas Pareja (thigh).

Adil Rami, a less than convincing member of France's Euro 2016 squad, is set to step in and may struggle if Leicester can get him isolated alongside Riyad Mahrez or Jamie Vardy.

A Foxes away goal looks possible but Seville carry by far the greater threat and should establish a lead before travelling to the King Power Stadium next month.

Leicester
Islam Slimani (groin) and Leonardo Ulloa (thigh) missed the 1-0 loss at Millwall and are doubts.