Fakhar Zaman can lead the way for visitors at Trent Bridge 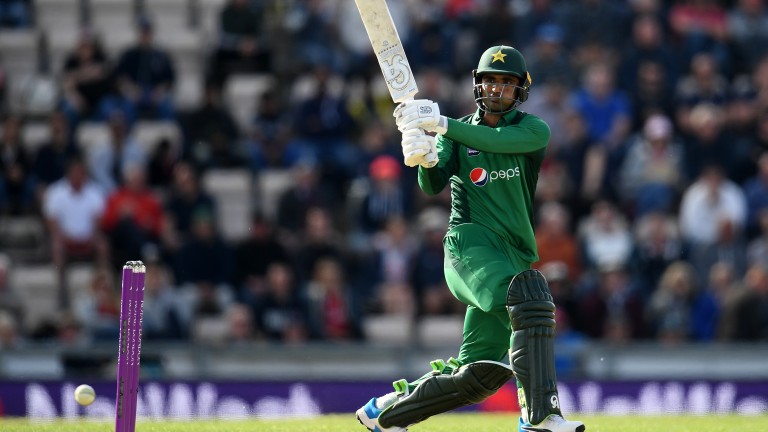 Pakistan's Fakhar Zaman will be a key player heading into this summer's World Cup
Harry Trump
1 of 1
By Liam Flin UPDATED 10:33AM, MAY 17 2019

Suspended skipper Eoin Morgan stressed the need for England to play on testing pitches as the World Cup approaches but there appears to be no limits to what their batting contingent can achieve.

Jos Buttler's commanding performance at the Rose Bowl steered England from the brink of defeat to a first win of the series before they doubled their advantage in Bristol courtesy of Jonny Bairstow's 128.

They have not lost a bilateral series at home since September 2015 and, should a rotated side chalk up victory at Trent Bridge, they will wrap up their final one-day international series before this summer's showpiece tournament.

England lead the series with Pakistan 2-0 but the Men in Green can take solace from the fact they are getting the best possible preparations for the World Cup.

Not only are they taking on the tournament's red-hot favourites in England but they are cultivating experience of the country's testing conditions.

They proved they could handle them in their 2017 Champions Trophy triumph and one man to keep an eye on this summer is Fakhar Zaman.

The opening batsman sparkled on British soil with 114 and a man-of-the-match award in the final of the competition played two years ago and has shown glimpses of his batting prowess in this series.

He carted England for 16 boundaries on the way to 138 in Hampshire and could capitalise on the home side's potential tinkering with their bowling options.

Morgan's men have alternated between David Willey and Jofra Archer as opening bowlers but one constant has been Chris Woakes.

The paceman has played all three games against Pakistan and went a long way to nailing down his place in the squad with figures of 4-67 in Bristol. He looks overpriced to finish the pick of England's bowlers in Nottingham.

Team news
England
Captain Morgan is the most eye-catching omission, having been banned for a slow over-rate offence in the game in Bristol. Jos Buttler is expected to lead the side and Jofra Archer may feature.

Pakistan
Mohammad Amir is suffering from chickenpox but will be included in the final World Cup squad.

Venue
England registered a world record ODI score of 481-6 at Trent Bridge in June last year against Australia, having also set the previous highest global total at the same venue against Pakistan in 2016.