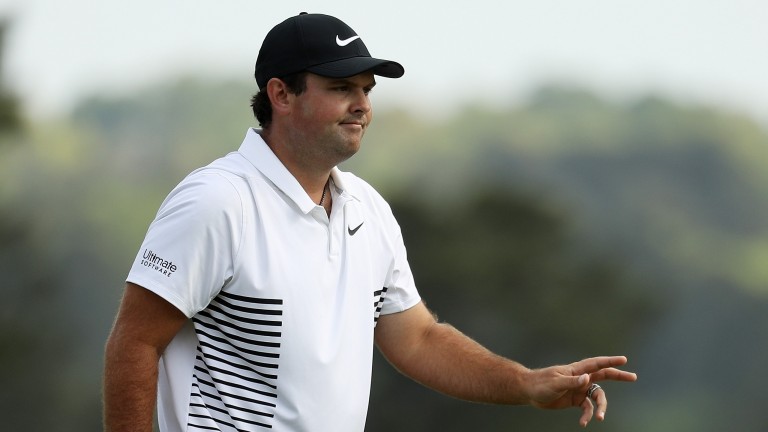 Story so far
Shinnecock Hills showed its teeth on day one of the US Open, with only four players breaking par, the quartet tied for the lead at just one under.

A constant breeze and thick rough turned the opening round into a grind, a tough assignment which proved too much for many illustrious names. Rory McIlroy carded a ten-over-par 80 to destroy his title hopes, while Jason Day (79), Tiger Woods (78), Jon Rahm (78), Jordan Spieth (78), Phil Mickelson (77) and Bubba Watson (77) were other big-name casualties on Long Island.

Young Englishman Scott Gregory laboured to a 22-over-par round of 92, but some players were able to battle to a decent score. World number one Dustin Johnson hardened from 8-1 to 13-5 at the top of the betting after claiming a share of the lead, while Justin Rose is 13-2 from 16-1 after a steady 71.

The action resumes at 11.45am, with Johnson teeing off a 1.02pm. Some breeze is forecast for the early starters, easing to hardly anything in the afternoon.

Day-two advice
Dustin Johnson is as short as 9-4 in places and being given the utmost respect by bookmakers after round one. The world number one won the St Jude Classic in fine style last Sunday and has got off to a hot start in New York.

It must be said, though, that Johnson enjoyed some great fortune on his opening nine holes, and scored better than he played. There is no urge to steam into the short price, particularly with the afternoon starters in round two set to get flat-calm conditions. Any advantage for morning starters like Johnson is negligible.

Johnson appeared set to suffer a lost ball after an errant drive at the sixth hole, but was extremely fortunate to have an army of helpers on hand to assist with the search. It is an unfair advantage that the marquee threeballs have, particularly when TV replays are used to locate the ball. If Mickey DeMorat, for example, had hit the same shot, with no cameras or media-men following him, he would probably have ended up having to walk back to the tee to hit another drive.

For Johnson, Sky Sports roving reporter Rich Beem was a hero, not just finding the ball, but treading on it too, which meant Johnson got a free drop to improve his lie.

Two holes later, Johnson's bunker shot was flying hard at the hole, set to go a fair distance long, but his ball was gobbled up by the cup for a bonus birdie. Everything was going the favourite's way and the short odds against his name do not reflect how many greens he missed in regulation.

Justin Rose scored two shots worse, but played a much steadier round than Johnson, finding 13 of 14 fairways, and 12 of 18 greens in regulation. The Englishman looks a huge title threat at 13-2 from just two shots behind, while Patrick Rodgers, who played beautifully in round one aside from a triple-bogey at the third hole, is a dangerous runner at 125-1 for punters seeking bigger prices.

Second-round threeball punters are pointed towards two Patricks – Reed and Rodgers. Reed has prepared thoroughly for the second Major of the season and the Masters champion looked sharp in round one. His short-game skill can overcome the hugely demanding Shinnecock greens.

Reed can outscore Charl Schwartzel and Zach Johnson in the 6.36pm (UK and Ireland time) threeball, while Rodgers, who appears close to his A-game on a course which suits, can secure a repeat success over Shubhanker Sharma and Thorbjorn Olesen in the 7.09pm contest.