Formula One season predictions: clues from pre-season testing in Bahrain

Mercedes frailties give chasers a glimmer of hope 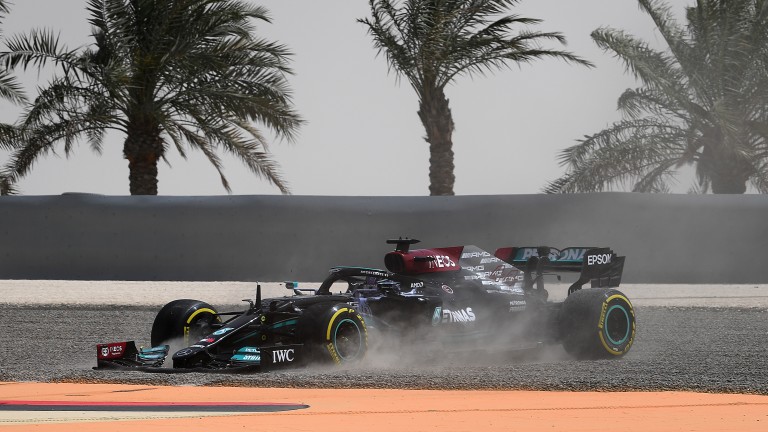 Lewis Hamilton's Mercedes gets stuck in the gravel on day two of pre-season testing in Bahrain
Clive Mason
1 of 1
By Adam Scriven 1:49PM, MAR 22 2021

Three days in the desert is all the on-track preparation the Formula One teams have had going into the new campaign.

And while pre-season testing should never be treated as a solid formguide, there were a few pointers in Bahrain about what we might be able to expect from the season.

Mercedes have dominated Formula One since hybrid engines were introduced in 2014 but they go into the campaign after their least-promising pre-season in recent memory.

Valtteri Bottas missed almost all of his first session in the car with a gearbox issue, while seven-time world champion Lewis Hamilton suffered two uncharacteristic spins across the three days.

Their speed when the car was running was not particularly impressive either, although that is less of a concern as teams routinely hold back their full pace in testing.

But what may have Mercedes worried is that Aston Martin - a team whose car shares their suspension, gearbox and engine - suffered the same kinds of issues.

As is becoming their habit, Red Bull finished last season strongly but a disappointing start to the campaign had them on the back foot from early in the championship.

Max Verstappen, who claimed an easy win in Abu Dhabi to close the 2020 season, set the fastest lap of preseason.

And while new recruit Sergio Perez couldn't match the Dutchman for outright pace, he set eye-catching times during a stint on one of the hardest tyre compounds.

More to come from McLaren?

On the face of it, McLaren don't appear to have chosen the best time to switch to Mercedes engines, but the Woking-based outfit avoided the reliability issues suffered by Aston Martin and the works team.

Daniel Ricciardo settled well into his new team and the car features the kind of aerodynamic innovation that has paid huge dividends in the past.

The Bahrain circuit favours power over aero, so there is a good chance the papaya-coloured cars will be in even better shape on more conventional tracks.

After a disastrous 2020 Ferrari completely redesigned their engine for the new season.

But despite talk of returning to the top three in the constructors championship, there were few signs that F1's most historic team are on the pace - even at a circuit where they have shone in recent seasons.