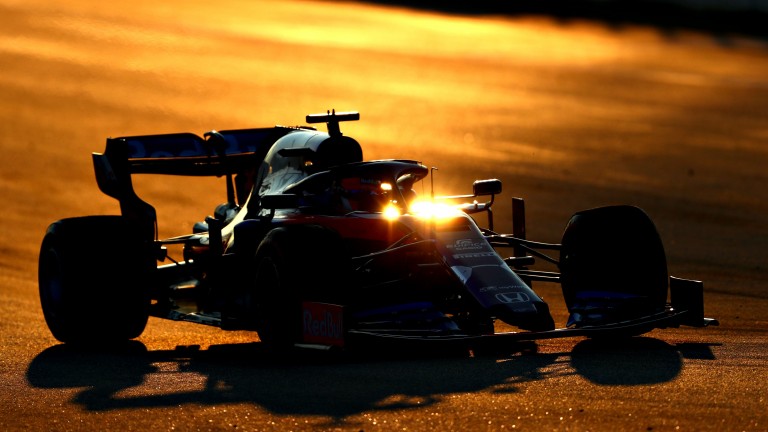 Racing Post Sport will be rounding up the action on each of the eight days of F1 2019 pre-season testing at Barcelona as the countdown to the first race gets serious.

Daniil Kvyat grabbed the top spot on the timesheets on the third day of the first Barcelona pre-season test with a late run on soft tyres.

It was the first time this week that Ferrari had not ruled the roost, but Sebastian Vettel concentrated on longer runs - and was still a solid fourth fastest. A late flyer moved Renault new boy Daniel Ricciardo into third.

Alfa Romeo continued to impress and Kimi Raikkonen was the first driver to dip into the one minute 17-second lap times, his eye-catching effort leading the way until Kvyat's late glory lap.

Mercedes pair Lewis Hamilton and Valtteri Bottas are still showing no sign of going for a representative lap time and were down in 11th and 12th.

And Williams finally turned up. After missing the first five of the week's eight sessions, the British team managed to get rookie George Russell onto the track in the afternoon, albeit for last place in the standings.

Deputy team principal Claire Williams said: "We're not just disappointed. It's embarrassing not bringing a race car to a circuit when everyone else has managed to do that."

Money continues to come in for Ferrari with Sebastian Vettel's title odds shortening for the third day in succession, to 14-5 from 3-1. His teammate Charles Leclerc is looking an increasingly interesting each-way prospect and is as short as 11-2 in places having started the week at 10-1.

Bookmakers are still reluctant to ease champion Lewis Hamilton to even money but he is drifting towards it at 19-20 from 10-11.

Kimi Raikkonen's pace caught the eye of several firms and Ladbrokes slashed his title odds to 80-1 from 200-1.

Patience is going to be a virtue for F1 punters as it's still not possible to get a proper comparison of leading contenders Ferrari and Mercedes.

Rather than the Silver Arrows finally breaking cover and using soft tyres for a quick lap, they kept their cards close to their chest again and Ferrari instead joined them in sticking to longer runs.

The pace shown by the Alfa Romeo was another boost to Ferrari's prospects, though, as the renamed Sauber team use their engines and they look set for an improved showing this season.

Williams arrived late at the party and clearly have a lot of catching up to do as Robert Kubica prepares for his first day in the car on Thursday.