Mercedes come out to play but Vettel keeps Ferrari on top 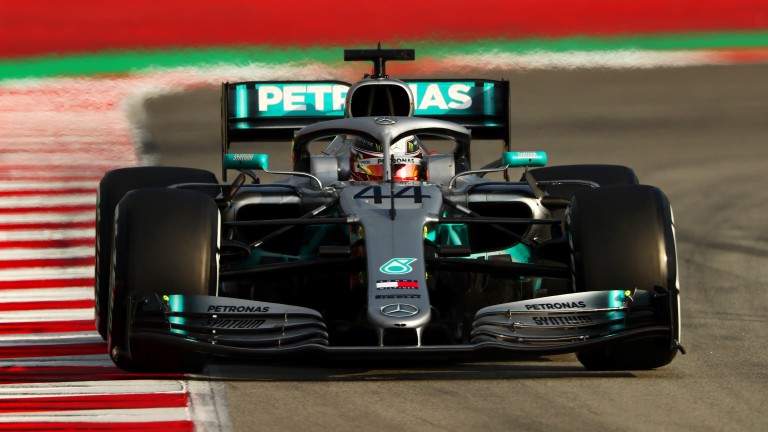 Racing Post Sport is rounding up the action on each of the eight days of F1 2019 pre-season testing at Barcelona as the countdown to the first race gets serious.

Mercedes seemed to finally show its hand, with Lewis Hamilton setting the second-fastest lap of pre-season, just 0.003 seconds behind Sebastian Vettel, who's morning lap set the benchmark for the winter.

Vettel's time was just 0.01 seconds faster than his young teammate Charles Leclerc had managed the day before, so the battle at the front is beautifully poised heading to Australia.

Mercedes also drifted slightly in the constructors championship betting, but are still 10-11 favourites ahead of Ferrari (17-10) and Red Bull (6-1).

Mercedes weren't in such bad shape as they have been making out for the last two weeks. The question is how much more is to come?

Ferrari, despite staying on top of the times suffered yet another mechanical issue late in the day, which caused them to pack up early.

The midfield battle could be even more fiercely contested than usual. Behind Ferrari and Mercedes, nine-tenths of a second covered the drivers from the next seven teams.