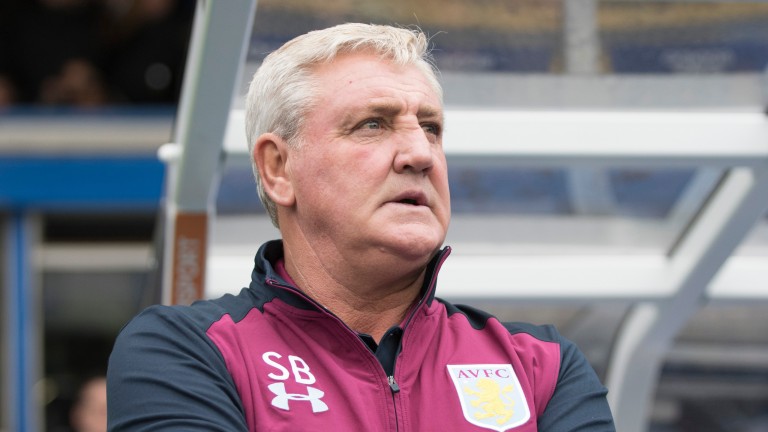 Steve Bruce's early promise as Aston Villa’s guardian angel has fizzled out in recent weeks and the Villans could be taught another valuable lesson on their trip to Nottingham Forest.

In December, Bruce’s mob were being chalked up as lively outsiders for promotion but Villa travel to the City Ground winless since a Boxing Day triumph over struggling Burton.

The deadline-day signing of Scott Hogan from Brentford should ease their goalscoring problems, but based on the evidence of Tuesday’s 3-0 capitulation at his former side Villa are trying to change too much too soon and their woes potentially lie deeper.

The West Midlanders have suffered three successive away upsets at Brentford, Wolves and Cardiff, in which they have barely threatened the opposition’s goal.

The visitors recorded just four shots on target in midweek’s clash with the Bees and prior to that had conjured up only three clear-cut chances in their previous two away defeats.

Villa have not kept a clean sheet in seven Championship matches either, and that should boost a Forest side who have notched more than anyone outside the league’s top ten.

The signings of Zach Clough from Bolton and former Villa frontman Ross McCormack – who is ineligible this afternoon – will provide healthy competition for the prolific Britt Assombalonga, whose confidence should be sky-high following his midweek brace against Rotherham.

The Tricky Trees remain without a manager following Philippe Montanier’s January sacking but Fawaz Al Hasawi plans to give Gary Brazil and Jack Lester the opportunity to manage Forest for the remainder of the season.

That stability may a be decisive factor in helping to preserve Forest’s Sky Bet Champion­ship status.

The hosts are seeking a third consecutive win at the City Ground and with Villa looking vulnerable, 2-1 could be too big.