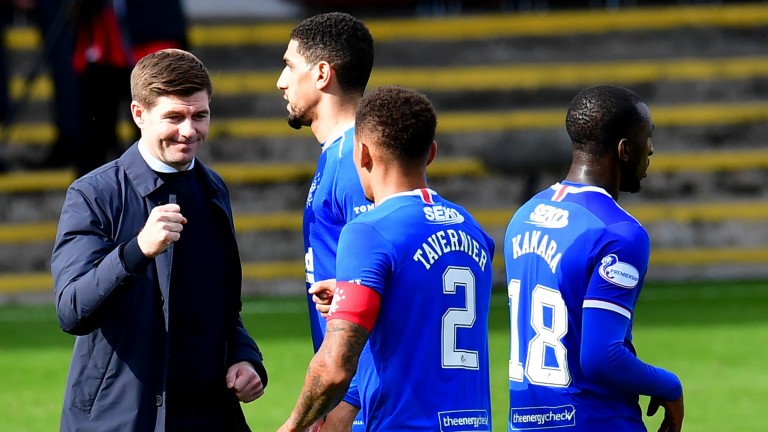 Steven Gerrard can lead his Rangers side to victory in Sweden
Mark Runnacles
1 of 1
By Liam Flin 3:35PM, AUG 2 2021

Rangers are already 1-4 to win the Scottish Premiership this season and they can take a big step forward in their European endeavours with victory over Malmo in the first leg of their Champions League third qualifying round tie.

Steven Gerrard's men kicked off their domestic campaign with a 3-0 win over Livingston, claiming 78 per cent possession in that contest, having beaten Real Madrid and drawn with Brighton and Arsenal during their pre-season schedule.

They looked sharp in all of those matches and should be a cut above their Swedish counterparts, who scraped past Finnish side HJK 4-3 on aggregate in the second qualifying round.

The Scottish side have recruited well this summer, with Fashion Sakala and John Lundstram shrewd additions, and at odds-against they look a good bet to win in 90 minutes.

PSV crushed Galatasaray 7-2 on aggregate in the previous Champions League qualifying round with Eran Zahavi and Mario Gotze impressing in attack.

Donyell Malen has departed and Denzel Dumfries may also be on his way out but PSV remain a strong Eredivisie outfit who should be fancied to rack up the goals against Danish side Midtjylland.

The Superliga outfit dispatched Celtic in the previous round but were thoroughly outplayed in the game in Glasgow and only progressed following an extra-time winner on home soil.

They have two wins and a defeat from their first three league matches in Denmark but the loss to a mediocre Odense side raises concerns about their rearguard. PSV represent value to cover a one-goal handicap, whereby they need to win by two or more goals for the bet to land.