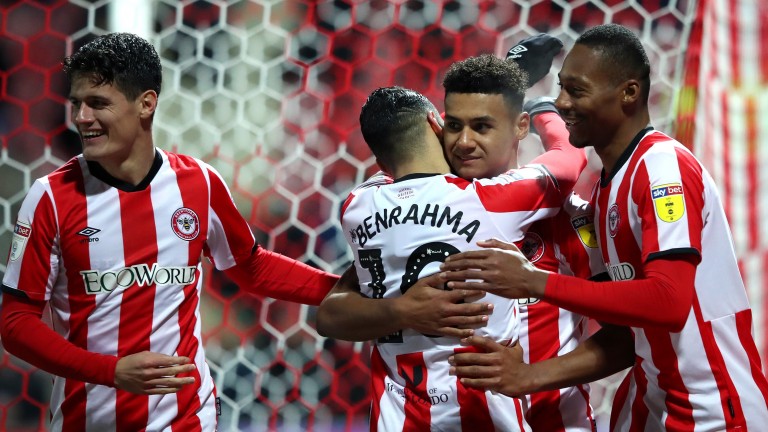 Paul Cook's Wigan are swaggering clear of danger in the Sky Bet Championship and they can follow up Saturday's Lancashire derby win over Blackburn with another three points at home to out-of-sorts Stoke.

They have also kept six straight clean sheets and their achievements since the turn of the year include victories over Leeds and West Brom, the top two in the division.

The Latics are unrecognisable from the side who lost four of their first five games of the season and endured a 13-game winless streak between October and December.

While Wigan pull clear of trouble, Stoke are just a point above the bottom three following a 2-0 home defeat to Neil Warnock's Middlesbrough on Saturday.

The Potters thumped Hull 5-1 in their last game before the season was suspended but that seems a distant memory and they look ill-equipped to halt Wigan's surge.

Cardiff and Charlton had very different objectives when the season resumed but both have hit the ground running.

Charlton's hopes of staying up have been boosted by a pair of 1-0 wins away to survival rivals Hull and at home to QPR despite the absence of top scorer Lyle Taylor, who is refusing to play in case an injury jeopardises a summer transfer.

Those hard-fought victories could prove vital but Lee Bowyer's men face a step up in class against a Cardiff side who beat leaders Leeds 2-0 in their last home game.

The Bluebirds followed up with a 3-1 win at fellow playoff-chasers Preston – a result that took them above North End and into the top six.

Cardiff have been making consistent progress since the arrival of Neil Harris in November and they have lost only four of their 27 league games under the ex-Millwall boss.

Twelve of those games were draws but, with Lee Tomlin and Nathaniel Mendez-Laing back from injury, there is more of a cutting edge about the Welsh club and they should take maximum points against Charlton.

Brentford boss Thomas Frank could not have wished for a better resumption to the campaign as the Bees defeated two of their direct rivals for automatic promotion, Fulham and West Brom.

An early Ollie Watkins goal was enough to see off the Baggies on Friday night but Frank immediately turned his attention to the trip to Reading, saying: "Winning these two games will mean nothing if we don't follow it up."

Brentford, the leading goalscorers in the Championship, could reunite their fearsome front three of Watkins, Said Benrahma and Bryan Mbeumo, who returned as a sub against West Brom after missing the Fulham win due to a positive coronavirus test.

Reading have won just three of their 14 games since a New Year's Day victory over Fulham and they could be out of their depth against the buoyant Bees.