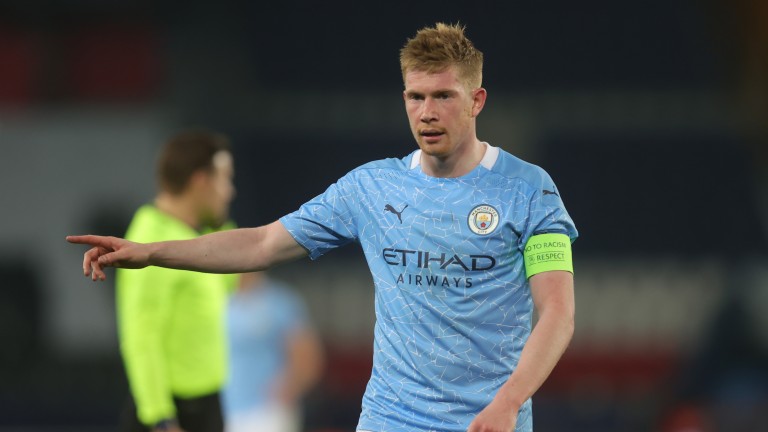 Manchester City will begin the defence of the Premier League title with a difficult match away to Tottenham.

City are 4-6 favourites to win in north London with Spurs rated 4-1 outsiders for a game that should see a debut in the home dugout for new Tottenham boss Nuno.

The Portuguese is expected to be appointed in the coming days and it will be interesting to see which team Harry Kane is lining up for given he has been linked with a move to City from Spurs this summer.

Manchester United are 4-7 to beat arch-rivals Leeds, who are 4-1, and European champions Chelsea are 1-4 to overcome Crystal Palace in a London derby. Palace are currently on the hunt for a new manager following the departure of Roy Hodgson at the end of the season with Swansea's Steve Cooper heading the market.

Second-tier champions Norwich are 8-1 to upset Liverpool at Carrow Road and Brentford's first match in the Premier League is against Arsenal. The Bees are 3-1 with Arsenal at 5-6.

Newly-promoted Watford are 2-1 at home to Aston Villa and Newcastle are the same price to beat 5-4 pokes West Ham on Tyneside.

FA Cup winners Leicester are 8-11 at home to Wolves, while managerless Everton, who have been in talks with former Wanderers boss Nuno Espirito Santo to replace Carlo Ancelotti, are 5-6 to overcome Southampton at Goodison Park.

Brighton are 7-5 favourites for their trip to Burnley with the fixtures scheduled for the weekend of August 14-15.