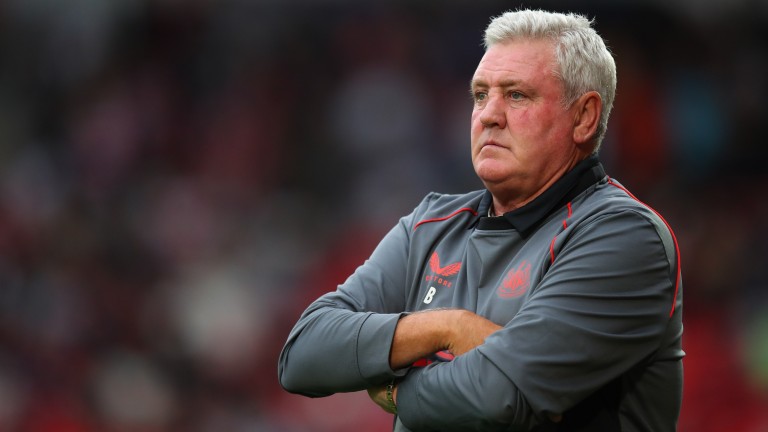 Bookmakers are anticipating plenty of change at Newcastle United following their £305 million Saudi Arabian-backed takeover with the Magpies 12-1 with Hills to win the Premier League title in the next five years.

The deal concluded on Thursday brings an end to Mike Ashley's tumultuous and controversial 14 years as owner to the delight of many Newcastle fans.

And with the Public Investment Fund, who will provide 80 per cent of funds for the takeover, possessing assets of around £250 billion, Newcastle are expected to spend big in the coming years.

The club's current record transfer fee is the £40m paid for Joelinton at the start of the 2019-20 season but they are now 10-1 with Hills to break the British transfer record, which stands at £100m paid by Manchester City for Jack Grealish, in next summer's transfer window.

The same firm go 6-1 that the club will break the world transfer record of £199.8m by December 2025 with Kylian Mbappe a name on the lips of some of the more optimistic Newcastle fans.

And a new manager could also be on the cards for the Magpies with Steve Bruce's odds to be the next Premier League manager sacked cut to 1-5 with Betfair and Paddy Power.

Steven Gerrard is among the frontrunners to be the new Newcastle manager at 4-1, the same price as former Chelsea boss Antonio Conte.

Former Bournemouth manager Eddie Howe, meanwhile, is 5-1 along with current assistant coach Graeme Jones. Further down the list is Chris Wilder, who led Sheffield United to the Premier League, at 8-1.

But it could take time for the Magpies to reap the rewards of their new ownership with only two transfer windows between now and the start of next season and Hills representative Rupert Adams does not believe success will come overnight.

"The initial problem for Newcastle will be attracting talent given they will not be playing Champions League football.

"There will be a transition period of a few years and that is why we have gone with that price."

Coral's Harry Aitkenhead, meanwhile, added: "Assuming Newcastle strengthen enough in January to survive in the Premier League this season, next year should be new ground for them with a hugely exciting summer window.

"With the likes of Arsenal and Tottenham 50-1 to win the league before a ball was kicked this year, there's every chance Newcastle could go off as short as 33-1 to win the title if they make the right investments in the squad and have the right man in the dugout like an Antonio Conte."

Magpies fans will also be pleased to see their club priced at only 50-1 to have won both the Premier League and Champions League by the end of the 2030-31 campaign.

Whatever the future holds for the Tyneside outfit, the short-term goal will be to move up the Premier League standings with United currently 19th in the division.

They are a best-priced 11-4 with bet365 to be relegated this season while Coral and Ladbrokes go 66-1 that they turn the campaign around and break into the top six.