Cod Army can wrap up another third-round berth 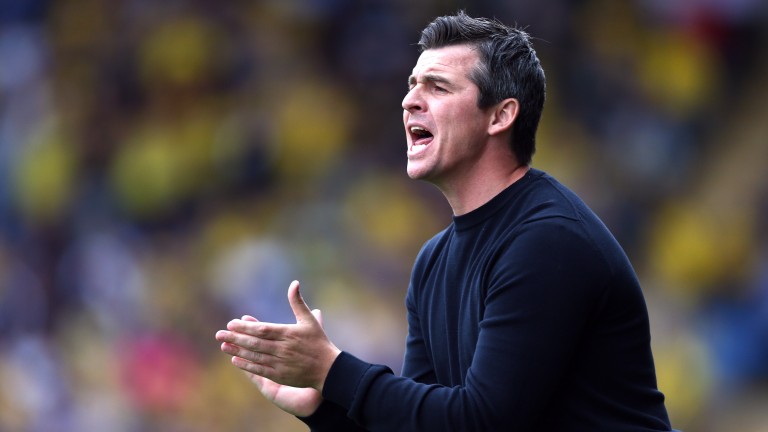 The Cod Army polished off Alfreton 4-1 in the first round and their strength in depth at both ends of the pitch has left the hosts as big outsiders to take the spoils.

The visitors, typically a top-heavy unit, have a number of prolific strikers including Paddy Madden, Ched Evans and Ashley Hunter.

But a noticeable difference in their style this term has been the tightening of their rearguard and only four Sky Bet League One sides have shipped fewer goals than Town this season.

Guiseley are three divisions below their opposition but will buoyed by their historic triumph in the last round.

Their pulsating 4-3 win over Cambridge was their first outright win in the FA Cup proper and came after they dispatched Staveley, Cleethorpes and Stourbridge in the qualifying rounds.

That victory was their first in five matches in all competitions though, and Fleetwood know how to stave off potential non-league upsets.

The Lancashire outfit saw off Hereford and Chorley in last season’s FA Cup and have made the third round in the last two campaigns.

Fleetwood's league credentials will come under the microscope in the coming weeks with games against Luton, Doncaster and Portsmouth before the year is out.

But for now they can give their fans something to shout about by defeating Guiseley without reply.

Team news
Guiseley
Loanees Jo Cummings and Louis Walsh have had their deals extended and will be available. Scott Garner remains a long-term absentee.

Fleetwood
Wes Burns returned to the team on Tuesday and could feature again. Barton has no fresh injury concerns.

FIRST PUBLISHED 8:00PM, DEC 2 2018
The Lancashire outfit saw off Hereford and Chorley in last season?s FA Cup and have made the third round in the last two campaigns