Serbia in a strong position 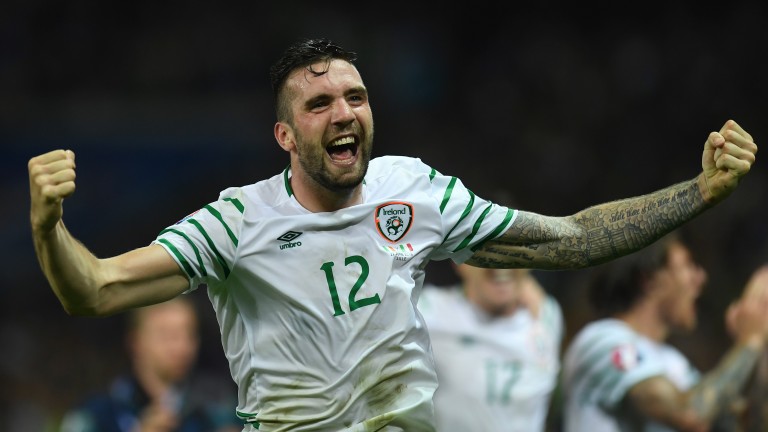 Ireland's crunch match with Serbia at the Aviva Stadium has been labelled a must-win game by Martin O'Neill but the Boys in Green may have to settle for a share of the spoils.

Three points for O'Neill's side would send them to the top of the group with two matches to go but they have to be careful not to overextend themselves and risk a first defeat of the campaign.

A draw would make it difficult for them to catch Serbia, who finish off with matches away to Austria and at home to Georgia next month.

But a point could come in handy in the battle to finish second - with third-placed Wales snapping at their heels. Despite O'Neill's bold words, it would be a surprise if his team suddenly throw caution to the wind.

Serbia are in a strong position and will be high on confidence after winning 3-0 victory at home to Moldova on Saturday.

They are the highest scorers in the group with 16 goals in seven games but have at times showed vulnerability in defence.

The back three – featuring 33-year-old captain Branislav Ivanovic – are vulnerable to pace but Ireland may not have the players to take advantage.

O'Neill's men have scored just two goals in three home qualifiers and created very little as they laboured to a 1-1 draw in Georgia on Saturday.

Ireland are strong on set-pieces – as they showed with centre-back Shane Duffy's headed goal against the Georgians – but their direct, no-nonsense style shouldn't be too difficult for the Serbs to cope with.

An away victory looks achievable for Serbia if they show enough ambition.

However, their only road successes of the campaign have come at Moldova (3-0) and Georgia (3-1) and, given their strong position in the group, it would be understandable if they chiefly focus on keeping the Irish at bay.

Newcastle forward Aleksandar Mitrovic has been the star turn for Serbia – scoring six goals during the campaign – and seems to play better at international level than for his club.

He is the 5-1 favourite to score the first goal although he faces a tough duel with clubmate Ciaran Clark, who lines up in the home defence.

Winger James McClean has made the biggest goalscoring impact for Ireland, scoring three goals and taking some of the heat off the strikers, none of whom have convinced.

Shane Long got the nod the play up front against Georgia but has netted just 17 times in 75 internationals.

Jonathan Walters has chipped in with 14 in 50 appearances but Ireland have lacked a world-class forward since Robbie Keane's retirement and they may finish below a Wales team spearheaded by Gareth Bale.

Key stat
Of the nine matches contested by the top four teams in Group D, six have been drawn.