Expert Jury: Mixed opinions on whether Haaland will be a hit at the Etihad 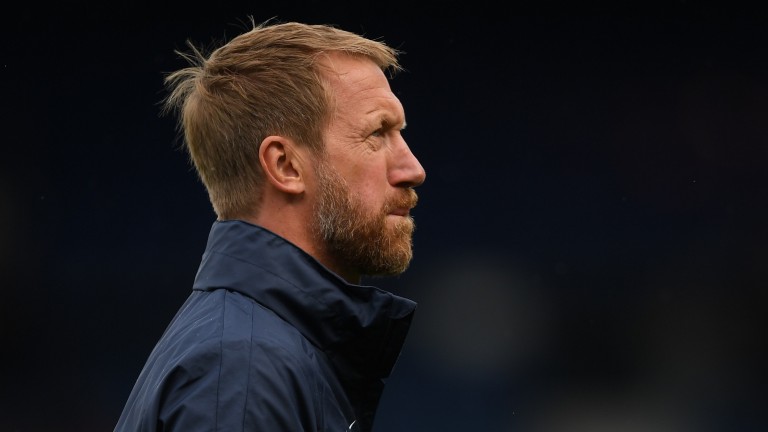 We asked our team of Racing Post writers, a leading odds-compiler and a Liverpool expert for their thoughts on this week's big talking points and this is how they answered...

What is your best bet this weekend?

Ross Chandley, Social Media Manager and writer for The Redmen TV: I'd go for a draw in the FA Cup final. These are two very good teams who've faced each other three times so far this season and drawn three times, one of those going Liverpool's way on penalties in the EFL Cup final. It's often the way in finals, you get all the hype, supporters want loads of goals, but there's always the fear of losing too. These are two excellent tactical sides, there's no getting away from that, and the pair could cancel one another out.

Racing Post's Steve Davies: You feared for Brighton after losing six on the spin but 13 points out of a possible 18, beating the likes of Arsenal, Spurs and Man United, confirms they should never have been doubted. Without a care in the world – and playing like it – they could turn their trip to Leeds into a training session. The hosts are under massive pressure so Albion are taken to win.

Brian McDonnell from Betfair: Brighton to beat Leeds. Leeds suffered another heavy defeat in midweek and a suspension for Dan James adds to their list of absentees on Sunday. Brighton are aiming to solidify their top-half position after thumping wins over Wolves and Manchester United, and I think they could send Leeds closer to relegation.

Racing Post's Jack Ogalbe: Manchester City were wide open in the opening half at Wolves on Thursday but still won 5-1. West Ham are next up on Sunday and the Citizens' makeshift defence is again likely to be exposed. City, though, have a strong record at the London Stadium and Man City to win and both teams to score is a tempting proposition.

Who will win the FA Cup?

Ross Chandley: I'll go for a Liverpool win in extra time. It may be through red tinted glasses but I think they'll do it, eventually. I don't think either team has been in great form recently but to use a cliche, form goes out the window with silverware at stake. It will be interesting to see how the injuries to Fabinho and Mateo Kovacic affect the two teams, as Kovacic usually plays brilliantly against us, but Chelsea are well stocked in the middle of the park.

Steve Davies: Both Liverpool and Chelsea look worn out right now and that makes this tough to call. Their three previous clashes have ended in draws with Chelsea looking good in all three. And we know, having seen them stun Manchester City in the Champions League final, that they don't mind being the underdog. The draw looks an obvious 90-minute play, Chelsea to lift the trophy if pushed.

Brian McDonnell: There will be huge pressure on Liverpool to deliver now the Premier League looks out of reach. I sensed a bit of fatigue in their recent performances over Villarreal, Tottenham and Aston Villa and they’ve played every possible game this season. They are a better team than Chelsea, but Chelsea don’t roll over in cup finals and save their best for the big occasion. This could go all the way to penalties. At the prices, I’ll take Chelsea to lift the cup.

Jack Ogalbe: Liverpool. Chelsea have been a thorn in their side this season, drawing twice in the league and taking them to penalties in the EFL Cup. However, the Reds came out on top on the most recent occasion and Thomas Tuchel's record of two defeats from as many Wembley finals leaves him vulnerable.

Ross Chandley: A tough call to pick this one. But I'm going to go for Mo Salah to score first. His scoring form hasn't been what we'd have liked recently but he's still been playing well. He's a man for the big occasion and has that extra motivation against his old club. He didn't start the game against Aston Villa so I expect to see a fully fired-up Salah. Either that or Thiago Silva to be booked first.

Steve Davies: I like Antonio Rudiger to get a card, something the German has managed to do 11 times this season, including in the 1-1 draw at Liverpool in August. Never afraid of a big-hitting tackle, his margins for error are small, and up against the nimble-footed Mo Salah and flying Trent Alexander-Arnold, he's clearly going to be exposed from time to time.

Brian McDonnell: If Chelsea are to win, goalkeeper Edouard Mendy is going to have to be at his best to keep out a potent Liverpool attack. It’ll be interesting to see if Kepa is subbed on again if it goes to penalties as was the case for the League Cup final. I doubt that will happen, though. I’m going with Mendy to be named man of the match following a narrow Chelsea win.

Jack Ogalbe: Antonio Rudiger is sure to at least flirt with a yellow card. The 29-year-old's usual spot on the left of Chelsea's defence puts him on a collision course with Mohamad Salah so committing fouls becomes an occupational hazard and a yellow for Rudiger is a real possibility.

Is Erling Haaland the perfect signing for Manchester City?

Ross Chandley: Unfortunately for the rest of the world, yes. He's an incredible footballer and I'm extremely jealous City have managed to sign him. There will be a question as to whether he can do it in the Premier League but I think his record speaks for itself. He may be the man to get City over the line in the Champions League. Hopefully not.

Steve Davies: Yes. Just yes. Prolific at a Dortmund side who carve out chance after chance, he's going to be prolific at a Man City side who carve out even more chances. It's almost impossible to see him fail if Pep Guardiola entrusts him with the number nine role on a weekly basis. City hardly need another goalscorer but if you're going to get one, get the best.

Brian McDonnell: Yes. Powerful, pacey, deadly. He's scored 85 goals in 88 games for Dortmund and averages a goal every 66 minutes in the Champions League. Over half of his goals at Dortmund came with his first touch. Man City create so many chances and he will be so clinical. Provided he stays injury free, I'm expecting 25 league goals at a minimum next season.

Jack Ogalbe: Ask Zlatan Ibrahimovic and Robert Lewandowski. Neither truly excelled under Pep Guardiola and the coach has some thinking to do. The Norwegian is an incredible talent but after years of running all over his opposition while spearheading Dortmund's counter-attack, does he have the patience to adapt under Guardiola?

How do you see Wednesday's Europa League final playing out?

Ross Chandley: Another tough call. My heart says Rangers - my cousin and other extended family members are Rangers fans - but my head says Frankfurt. Frankfurt have had a mixed season so far and look set for a mid-table finish in the Bundesliga. Rangers have just missed out on the league so may feel they've got something to prove and their fans will turn up in their thousands. Heart over head, I'll go for Rangers.

Steve Davies: Opposing a Rangers side chasing a German hat-trick having toppled Dortmund and Leipzig might not seem easy, but Frankfurt get the nod. The Bundesliga outfit have been virtually faultless throughout the campaign and scalps of the calibre of Betis, Barcelona and West Ham suggest they can see out the trip in steamy Seville.

Brian McDonnell: I expect it to be a cracker and a high-scoring match. Both teams have had incredible wins en route to the final and it should be a great game for the neutral. I think the winner is hard to call but I'm happy to have a small play on over 3.5 goals.

Jack Ogalbe: It's all about the start. Rangers need to hunker down and their fans will look to replicate the phenomenal atmosphere they generate at Ibrox. However, the Eintracht supporters share their passion for making noise and Frankfurt's wins over Barcelona and West Ham suggest they will be too good.