Toffees should be too powerful for League Two Salford 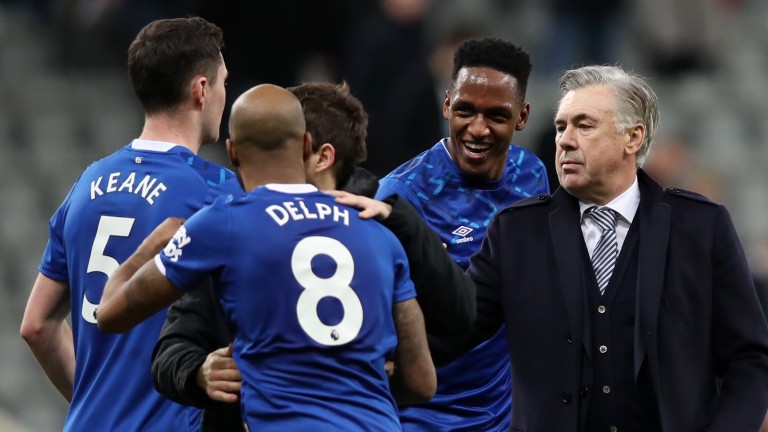 Free football tips, best bets and analysis for Everton v Salford City in the EFL Cup second round on Wednesday

Everton
Fabian Delph will be checked after missing the 1-0 win at Tottenham with a minor injury. Mason Holgate (toe) remains sidelined.

Salford
No fresh injuries have been reported.

Everton's first-choice side set a high bar with an impressive 1-0 victory at Tottenham on Sunday and their second string should be too strong for Salford in the EFL Cup second round.

Carlo Ancelotti is likely to make wholesale changes and will be looking for players to show they are worth retaining beyond the closure of the transfer window.

Early evidence indicates that Everton have done some excellent summer business and can expect to improve on last season's 12th place.

But if the Toffees are to push the top six or maybe even threaten the Champions League places, they will need a strong squad as well as a decent starting line-up.

The challenge is there for the likes of Gylfi Sigurdsson, Tom Davies, Theo Walcott, Bernard and Moise Kean, who were used regularly last season and are suddenly under pressure to extend their stay on Merseyside.

If they respond in the right way, Sky Bet League Two side Salford will struggle to cope.

Few fourth-tier sides are more ambitious than the Ammies, who are happy to shop for players from a higher level.

Henderson's 15-goal haul last season was key to keeping Rochdale out of the relegation zone and he is off to a flying start with Salford, scoring two goals in two appearances.

However, Salford manager Graham Alexander was disappointed with his team's overall performance in a 2-2 draw at home to Exeter on Saturday and it may take him a while get his new-look side to reach their potential.

Alexander wants Salford to be the dominant force in the majority of their league games but his charges may be out of their depth against Everton, who should be firmly in the ascendancy by half-time.

Everton have lost only one of their last 13 home fixtures.

FIRST PUBLISHED 12:09PM, SEP 15 2020
Few fourth-tier sides are more ambitious than the Ammies, who are happy to shop for players from a higher level