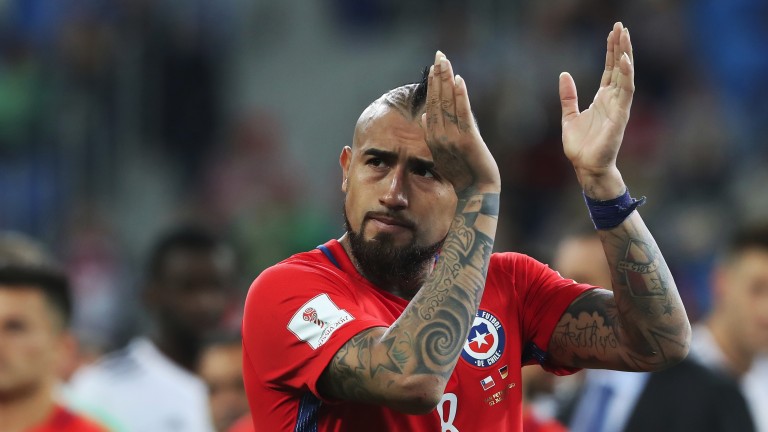 An almighty scrap is going on in South American World Cup qualifying with just five points separating seven of the teams.

Only leaders Brazil (who have already qualified), second-bottom Bolivia and basement boys Venezuela have nothing tangible to play for.

However, all three could still have a strong say in which nations reach Russia 2018 and this week's fixtures hand Bolivia the chance to do some major damage to neighbours Chile's prospects.

All of Bolivia's three victories in the campaign have been recorded in lofty La Paz, including a 2-0 success over Argentina in March this year.

Chile have won on their last three visits to Bolivia but they arrive in a poor state of mind, having suffered a shock 3-0 defeat at home to Paraguay on Thursday.

The defeat leaves Chile clinging on to fourth place - the last of the automatic qualification slots - on goal difference but two of their remaining three games are away, including a trip to Brazil next month.

A victory over Bolivia looks imperative if Chile are to reach Russia 2018 but they face a tough encounter and there is value in backing the hosts to prevail.

Back in Europe, Macedonia dealt a killer blow to Israel's qualification hopes on Saturday – winning 1-0 in Haifa – and can knock Albania out of contention by taking three points in Skopje.

A bright future may be on the horizon for Macedonia, whose Under-21 side reached the Euro 2017 finals.

The senior team have struggled for much of the campaign but there was nothing fortunate about their weekend success over Israel, which was sealed with a goal from the nation's all-time leading marksman Goran Pandev.

Albania can expect a tough match and may struggle to get the victory they need to stay on the coat-tails of second-placed Italy.

The Albanians laboured to a 2-0 success at home to Liechtenstein on Saturday but their match in Macedonia is much more difficult.