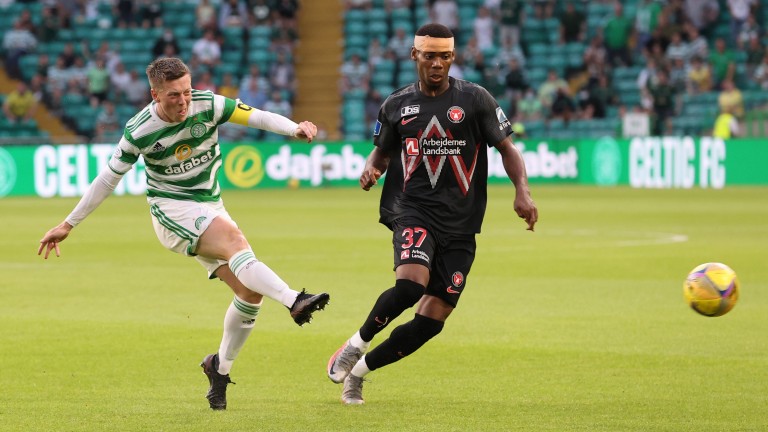 Celtic will have been disappointed not to beat Midtjylland in the home leg of their Champions League qualifier, with the sides drawing 1-1.

The Bhoys squandered a good opportunity as they won the shot count 16-3 and conceded through the Danish side’s only shot on target thanks to a Vasilis Barkas error.

Ange Postecoglu’s side are a real Jekyll-and-Hyde outfit in their current guise. They were beaten resoundingly 6-2 by West Ham in a friendly on Saturday, when there were worrying signs again from their inexperienced back four and error-prone goalkeeper.

Abada was a real livewire on debut and scored before he had to be replaced after Nir Bitton was sent off. Christie also looked rejuvenated after a disappointing season last year, in which Turnbull was one of the only bright spots.

Despite their disappointing first leg, Celtic have shown they have the attacking abilities to worry a Midtjylland who have yet to convince this season, losing the opening game of their league campaign.

In a tight match that will go the distance if it’s still level after 90 minutes, odds-against quotes about Celtic to progress look inviting.

Elsewhere, Galatasaray host PSV Eindhoven after they were thumped 5-1 in the opening leg, with Eran Zahavi scoring a hat trick. The Dutch side thoroughly dominated that game and may be worth supporting to compound Gala’s misery in the return tie.

New signings Sacha Boey and Patrick Van Aanholt have not had much time to acclimatise and are unlikely to play a major role for the Yellow-Reds.

Despite likely rotation for PSV with the tie almost certainly beyond doubt, they have a deep squad and should be able to beat an ageing Turkish side.