Different League from the Racing Post in conjunction with Betfred 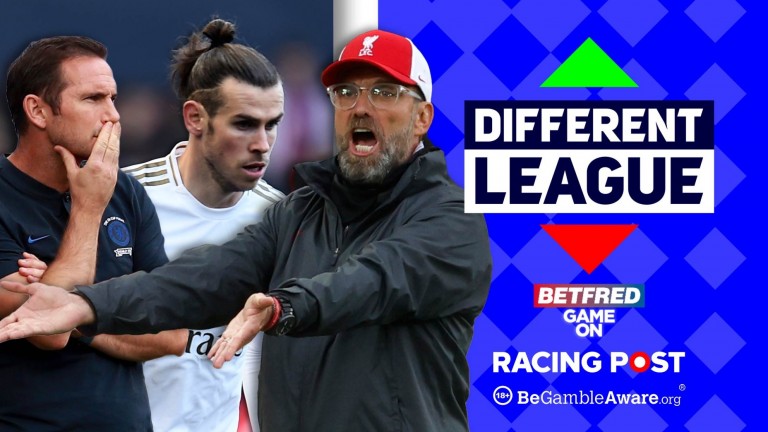 Welcome to a Different League! The brand new football show from the Racing Post in conjunction with Betfred.

The team discuss the potential switch to the Premier League for Real Madrid ace Gareth Bale as he moves closer to a return to his former club Tottenham. They also analyse the new deals for both Pierre-Emerick Aubameyang at Arsenal and Jack Grealish for Aston Villa.

The panel look at this weekend's big Premier League clashes including the heavyweight battle between Chelsea and Liverpool after both managers got locked into a heated debate about their respective transfer policies.

The team also provide punters with their team treble and pinpoint the best value for the weekend.