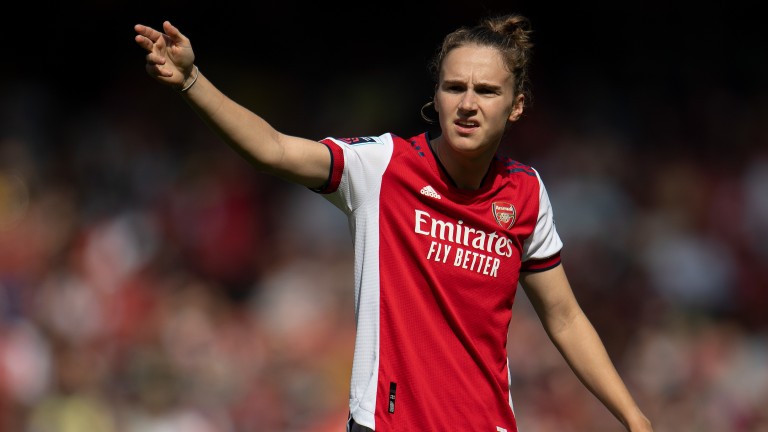 Best bets, predictions and analysis for Wednesday's matches in the Women's Champions League.

Arsenal were obliterated 4-1 by Barcelona in their opening contest of this season's Women's Champions League but this week's opponents Hoffenheim represent a step down in quality and the Gunners can prevail.

The Londoners have been progressing well in the Women's Super League with five wins from five games, including an opening-day triumph over Chelsea, but were thoroughly outplayed by Barca.

The Catalan giants had 35 shots against Arsenal but no team has been able to get near them in Spain this season as they lead the Primera Division with six wins from six games, 38 goals scored and only one conceded.

That is an eye-watering record and punters should not be too down on the Gunners, who responded to that defeat by beating Everton 3-0 on Sunday.

With Nikita Parris, Vivianne Miedema and Tobin Heath to call on in the final third, they have enough in their locker to edge Hoffenheim, who are fresh from defeat to Bayern Munich in the Frauen Bundesliga.