Leicester can get back on track in East Midlands derby 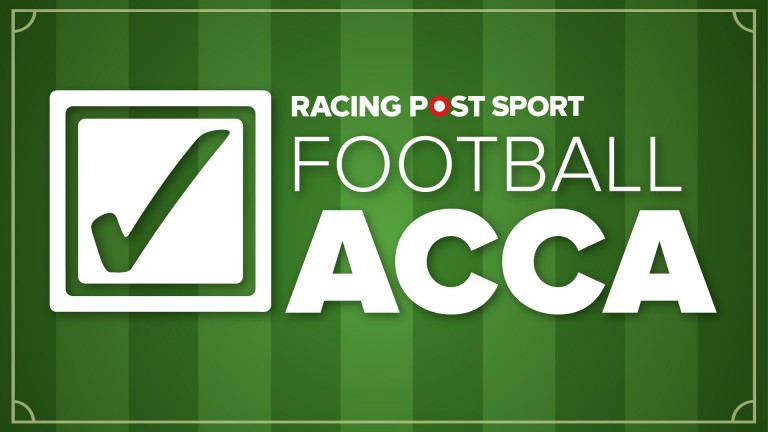 The East Midlands derby between Leicester and Nottingham Forest from the King Power Stadium will grab most football fans' attention on Monday evening.

However, there are also top-flight fixtures in Italy, Spain and Portugal and we have assembled a four-fold to enjoy the action.

All bets must be placed by 7.45pm on Monday

Click to add Monday's football accumulator to your betslip with William Hill, the fourfold pays better than 8-1

Udinese are oozing confidence after winning their last five Serie A matches and they can go in again at Verona, who have taken just five points from their seven games. The visitors' purple patch has featured wins over Roma and Inter.

Leicester and Nottingham Forest are in desperate need of victory but it is the Foxes, armed with home advantage, who can oblige. There is quality in Leicester's ranks and the international break may have worked in their favour whereas Forest, who made 21 signings over the summer, have yet to click and have conceded 14 goals in losing their last four games.

Elche have failed to win a match in La Liga this season, having lost five of their opening six matches, scoring just two goals and conceding 16. It's tricky to see anything other than a victory for Rayo Vallecano, who are six points better off than their visitors and defeated Valencia 2-1 in their last home league outing.

Maritimo are rooted to the foot of the Primeira Liga table having suffered seven straight defeats and they have conceded 22 goals in the process. Casa Pia, on the other hand, are going well and are unbeaten in five so should at least avoid defeat in Madeira.

FIRST PUBLISHED 4:20PM, OCT 2 2022
Maritimo are rooted to the foot of the Primeira Liga table having suffered seven straight defeats and they have conceded 22 goals