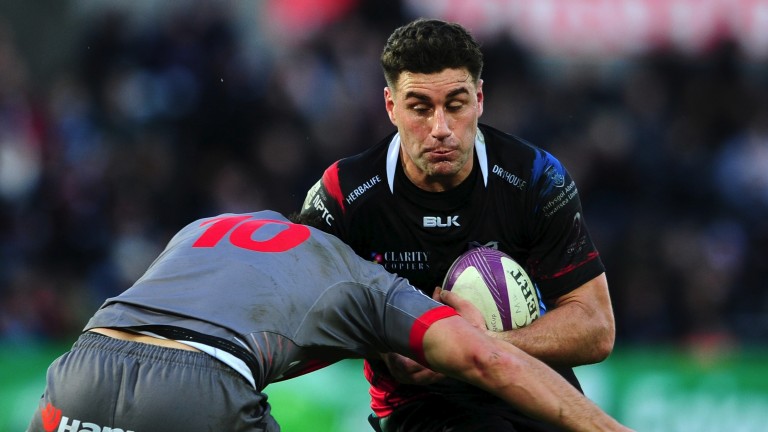 Conference A
Munster are formidable and new Glasgow head coach Dave Rennie masterminded the Chiefs' back-to-back Super Rugby crowns in 2012 and 2013 but Ospreys could prove cracking value at 11-2 to win Conference A.

BoyleSports have chalked up Steve Tandy's Liberty lads at 7-2, right in the thick of the battle with the 7-4 Red Army and 5-2 Warriors.

The Ospreys have lost England flanker Sam Underhill to Bath, but loan replacement Guy Mercer is highly regarded at the Rec and should relish the opportunity for more game time.

Tandy has also added scrum and South African nous in veteran prop Brian Mujati, brought back James Hook from Gloucester and possibly secured the inter-region steal of the summer in centre-cum-wing Cory Allen.

Injuries disrupted the progress of Allen, who scored a hat-trick against Uruguay at the 2015 World Cup for Wales.

By contrast to Glasgow, who have had a massive player turnover, all the Ospreys' internationals and mainstays bar Underhill remain.

Kiwi midfield man Kieron Fonotia should kick on during a second season in Swansea and speedster Keelan Giles is among a bunch of talented youngsters.

Outside the big three, Cardiff are settled but often fail to put together sustained quality, while 2016 winners Connacht have a new Kiwi coach in Kieran Keane and have also had a sizeable player turnover.

The Cheetahs will regard their first campaign as a learning exercise.

Conference B
Unsurprisingly Leinster lead the way in the Conference B betting from the last Pro12-winners Scarlets, but Ulster are no also-rans and are worth a wager at 13-2.

The Kingspan Stadium in Belfast is a stronghold and while Ulster will miss out on usual five-point hauls with no home games against Zebre and Cardiff, they don't have to travel to the Cheetahs in Bloemfontein or tackle two of Group A's big guns Glasgow and Ospreys on their own turf.

Talisman scrum-half Ruan Pienaar has moved to Montpellier but there is a new Aussie-Kiwi axis at the helm in the form of Les Kiss and Jono Gibbes, who ended his stint in charge of Clermont with the Top 14 title and was previously forwards coach at Leinster.

Scrum-half John Cooney is an astute capture from Connacht while back-rower Jean Deysel looks another shrewd signature from South Africa.

Wallabies midfielder Christian Lealiifano, who returned from an 11-month battle with leukemia to start for the Brumbies in the Super Rugby quarter-finals, arrives on loan and promises to be inspirational on the pitch, while Charles Piutau will want to prove why Bristol are going to make him the world's highest-paid player next season.

Snarly Richard Cockerill should toughen up Edinburgh and plenty of points look on offer against the Dragons, Southern Kings and Treviso but a surge for top spot is surely asking too much.