Fognini could fly on slow courts in his homeland capital

Resurgent Nadal looks the one to beat 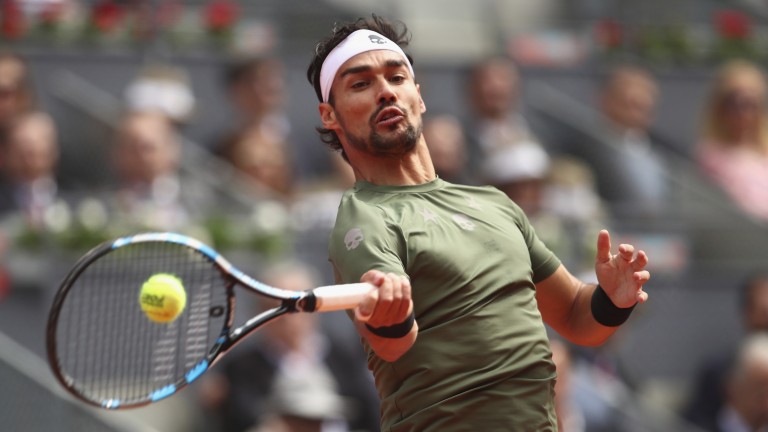 Andy Murray has called for Ivan Lendl to travel to Rome in a bid to help his flagging clay-court campaign, but while the Czech's presence has worked wonders for the Scot in the past it is no certainty to do so in the Italian International.

The men’s singles starts on Sunday and while there is still time for Murray to boost his French Open chances in the lead-up to Roland Garros, which starts in two weeks, that may not come in the final Masters Series event before the second Grand Slam of the season.

Murray could be up against it in his opener at the Foro Italico, where he is likely to face Fabio Fognini. If this were a Davis Cup clash, Fognini would be strongly fancied to do a job on the world number one.

And if Fognini goes into his homeland tournament with a similar siege mentality, he could enjoy a decent run in the easier top half of the draw, where his chief threats apart from Murray could prove to be Alexander Zverev and David Goffin.

The bottom half is a much classier section, but with king of clay Rafael Nadal having rediscovered his mojo on the slow red courts, he is likely to take the beating.

As well as Nadal and Novak Djokovic – the Majorcan beat the Serb 6-2 6-4 in their Madrid semi-final yesterday – the lower section contains Dominic Thiem, Kei Nishikori, Grigor Dimitrov, Lucas Pouille, Nick Kyrgios and Juan Martin del Potro. Unless you fancy the Pearl of Manacor strongly, it’s difficult to have a punt in such a high-quality group.

Del Potro remains capable on clay, but the Argentinian has often come up short on the slow courts and proved frustrating to follow in the French Open, by which time he is often looking forward more to Wimbledon.

Delpo could win Roland Garros, especially in a campaign with neither Murray nor Djokovic at his best, but it’s open to question if he believes it himself.