Racing livewire Nakarawa fancied to shine at the Tigers 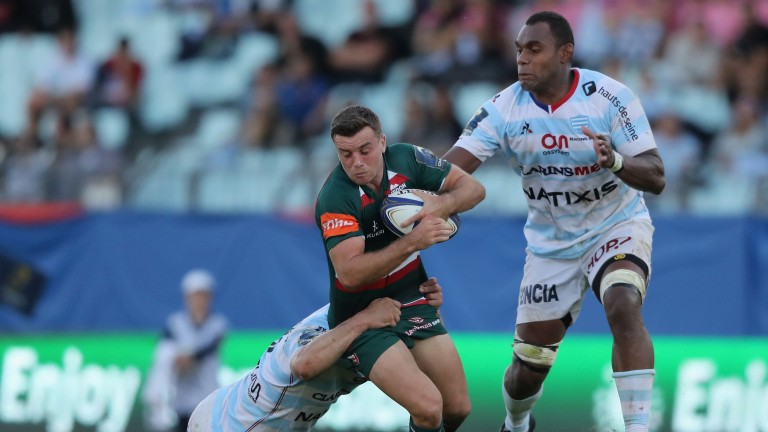 Pool One & Four from 1pm Sunday

The eliminated Tigers were terrible at Castres last week and lost both games of last month's double-header with Munster.

Racing's livewire number eight Leone Nakarawa, who has scored three tries in this season's tournament, is sure to be involved whatever the Parisiens' tactics.

Munster v Castres
Sky Sports Action, 1pm
Munster will want to make sure of their last-eight place but while they look far too strong for Castres, such superiority may not be reflected in expansive tactics and a blowout scoreline.

The Red Army were twice punished for indiscipline and flashy play in the teams' 17-17 draw in round one and it could have been worse with the TMO denying Castres an injury-time penalty on the tryline.

Castres showed what they can do on the road with a 31-27 win at Clermont in the Top 14 three weeks ago and can stay within 26 points like they did on their 2012 trip to Thomond Park.

Rory Best's side are focused on a fourth straight success to claim top spot in pool one and a losing bonus may well be enough to secure a best-runners-up berth.

Wasps will be seething at their crazy collapse at Harlequins last week to end quarter-final hopes and the Ricoh Arena has not been a stronghold this season.

La Rochelle v Harlequins
Sky Sports Action, 3.15pm
Wet and windy weather in the Bay of Biscay may not stop La Rochelle racking up a big score for a third time in front of their fans.

Harlequins have plenty of injuries and no incentive to hang tough so take the Privateers to give up 14 second-half points.