Focused Spurs have plenty in hand 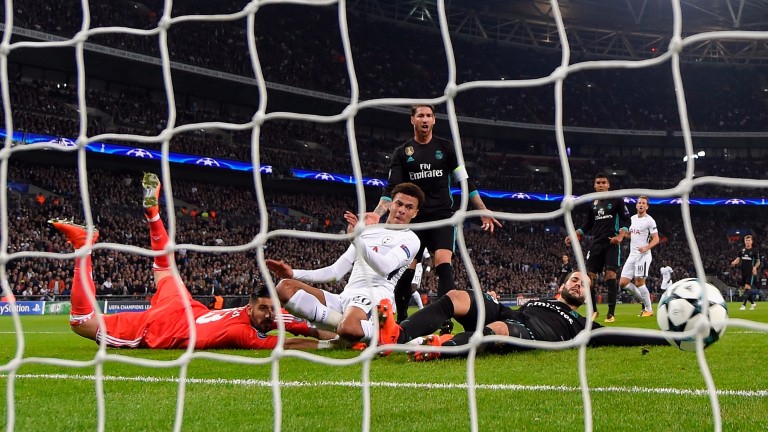 Forget any ‘after the Lord Mayor’s show’ nonsense and get on Tottenham to ease to a routine home win against Crystal Palace, the Premier League’s worst travellers.

Complacency is a buzzword on the forums given that Spurs are taking on the top-flight’s bottom club just days after sharing centre-stage with mighty Real Madrid at Wembley.

But when Tottenham returned from the Bernabeu with a superb point they managed to knuckle down sufficiently to take Liverpool to the cleaners a few days later.

Spurs have a title race to muscle in on and victory over the Eagles is surely being demanded of the players by the increasingly impressive Mauricio Pochettino.

The hosts, 16 points better off than Palace after just ten fixtures, are 3-10 shots and odds-against quotes that they win to nil are well worth taking.

The five teams to have entertained Palace this season, including Burnley and Newcastle, have all beaten them to nil.

Roy Hodgson's Palace are more sturdy than they were under Frank de Boer. They have beaten Chelsea 2-1, held out until five minutes from time before going down at Newcastle and showed real resolve to come from behind to snatch a point against West Ham.

That Chelsea result looks like a blip, however, and if Tottenham are on their game they should be able to win with something in hand.

Their workload is hefty with massive Champions League matches as well as their league games, but Pochettino has a big enough squad to cope.

He has the required pace and defensive nous at wing-back to be able to put the brakes on Wilfried Zaha and Andros Townsend, who are Palace’s two most dangerous attackers.

Christian Benteke’s absence leaves Hodgson without a number nine of any stature while Tottenham, in contrast, have arguably the best out-and-out striker in Europe leading their line in Harry Kane.

Defensively they were fine at Old Trafford last Saturday apart from one match-deciding error and Davinson Sanchez, surprisingly omitted against United, returned with a supreme effort in the win over Madrid.

Palace have looked more assured with Julian Speroni between the sticks but he, like Wayne Hennessey, has yet to keep a clean sheet and the Eagles’ goal difference of minus 17 is atrocious at this early stage of the campaign.

Key stat
Crystal Palace have failed to score a goal in five away league games this season.